Produced by Statik Selektah and taken from the forthcoming mixtape “Inbetween The Lines 2”.

“Two unsung heroes from two of Michigan’s most influential crews (T. Calmese of of the Subterraneous Crew  and Vaughan T. of Athletic Mic League) combine forces to author a coming of age story inspired by the infamous era of high top fades, eye brow parts, and house parties. The album revolves around life, love, women and fashion as a salute to artists such as Teddy Riley, Bobby Brown, Michael Jackson, New Edition and Kid n Play who made songs that everyone could relate to.”

Taken from the album “Looks Like Another Job For Spectac”.

Taken from the album “Heaven Razah”.

Taken from the album “Force Of Habit”.

Footage of Q-Tip performing his solo favourite “Let’s Ride” with The Roots in Chicago.

Taken from the album “Street Lights” released earlier this year.

For those who may be unaware of your work briefly explain your history etc.

“I’ve been an emcee since about the mid-90s, but back then I wasn’t seriously releasing music until closer to 2000. Since then, I linked up with a crew called City Planners, which is Moka Only, Ishkan, Sichuan, Sweet G and myself and I’ve released a bunch of different albums and mixtapes.”

The new album is called “Sneakerboxxx” – what’s the concept behind the title?

“I’m happy to explain this one every chance I get. A sneaker-head definitely keeps some of their sneakers in boxes, in most cases the important ones, but that’s obviously not the whole concept behind the title. I’m pretty sure most people, sneaker-head or not, have some sneaker boxes in their closet. Usually you keep old memorabilia in there, from photos, to old CDs and cassettes, to old notebooks etc. On this album, and on every album, I try to touch on as much of real life as I can, from the perspective of my present and the knowledge and experience I’ve gained from my past.”

What are your all-time top five sneakers?

“Man, I love a lot of different sneakers and I go through phases as far as which ones I like to wear more. I definitely love Dunks, Blazers, Chuck Taylors and SC Trainers. A lot of Nikes, definitely. I have to say I’ve really been loving Supra lately. I just got these Skytops that are pretty fly.”

Obviously Drake is getting a lot of attention at the moment – do you feel that same media attention is trickling down to other Canadian artists or do you think the interest will begin and end with Drake?

“I think a lot of Canadian artists are asking the same question. I’m not sure how it’ll translate on a mainstream level. I think the selection of mainstream artists is done entirely by the old guys at the record labels who are pushing an agenda. I don’t mean any disrespect to Drake, but there’s definitely something going on right now with everything on TV and the radio, where the vast majority of everything is made to push consumerism for obvious reasons. Then you have another underlying thing where the mega celebrity performers are pushing a kind of submissive stupidity, which benefits the people in power, because submissive and stupid people can’t stand up and talk about their rights and the things that are holding people back from elevating beyond the incredibly divided class system we have in place right now. Whether an artist is American, Canadian, or Estonian, I don’t think it matters, if you look the part and are willing to water down your music beyond the point of any creativity or artistry then you’re in. But to get back on topic, I think Canadian Hip-Hop has been getting a lot more recognition and respect over the past year or two, mainly because a lot more artists have made the move to put their stuff out there. You have the internet, which brings everyone around the world together in seconds if we use it right. I think the bottom line is that we have to be responsible for our own success, but at the same time, Drake has opened some eyes and brought a little more of a spotlight, so we could capitalize on that if we play our cards right.”

If “Sneakerboxxx” is some people’s introduction to Jeff Spec what impression do you want them to walk away with about you as an artist and a person?

“I think that “Sneakerboxxx” has brought me more new ears than any other project I’ve done in the past, mainly because I really took on the business angle myself this time, and nobody is gonna work your own project like you will. I really hope that people can just feel any kind of appreciation for what I do, although I recognize that no music is for absolutely everyone. I’m trying to be less concerned with what people think of me. I hear different impressions from different people who are listening to the same thing, so I’ve been trying to detach myself from that and just do me. Maybe that’s what I want people to see, just that I’m really putting my true experience into this and that I give it my all every time.” 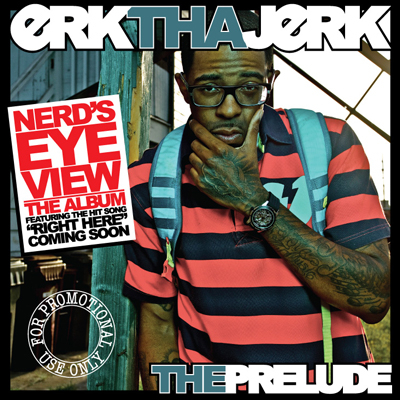 “I’ve always released free music,” Erk explains of the EP’s price tag. “I guess I do it so when the people finally have to pay for something they’ll look back at all the free music and won’t mind spending with me. They know I’m good for it.”