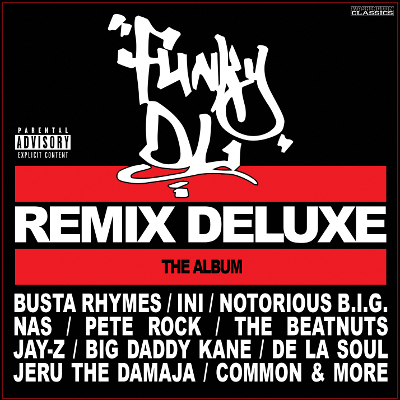 Veteran producer-on-the-mic Funky DL brings his timeless brand of jazz-infused boom-bap to classic cuts from the likes of Jeru The Damaja, The Beatnuts, Big Daddy Kane and more on this essential remix collection – check the flavour here.

The Polorican drops a strong dose of his trademark Brooklyn steez on this track taken from the “Skill Recognize Skill” project.

Flint, Michigan emcee Jus Ra teams-up with hometown producer A.P. for this free release via Hi-Hill Recordings which follows on from the label’s quality 2011 projects from producer MoonChild – don’t sleep and download here.

London’s mighty Fallacy is the latest emcee to accept the Rappertag challenge and he puts it down in no uncertain terms.

Vintage 1993 RETV interview with NY’s Black Moon following the release of the trio’s debut single “Who Got Da Props?”.

Promo clip to generate funding and interest in the upcoming documentary “Hip-Hop Revolucion” which will look at the positive impact the culture has had on the youth of Venezuela. 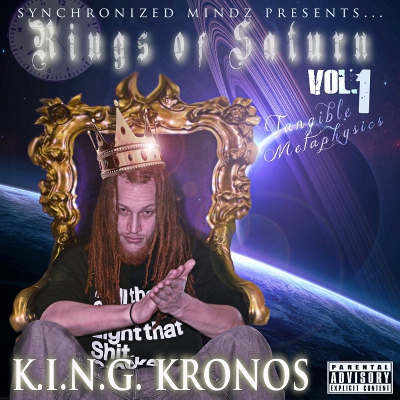 New Joint – I Self Devine

I Self Devine – “Exist To Remain” (Rhymesayers Entertainment / 2012)

Hard-hitting video for this track from the West Coast emcee’s forthcoming album “The Sound Of Low Class Amerika”.

OG flavour from Queens, NY duo Sinnagi and 07 dropping some words of wisdom for the younger generation on this track from their “5 Finger Discount” mixtape project.

The North Carolina-based emcee delivers some lyrical food for thought on the title track from his forthcoming project dropping in May. 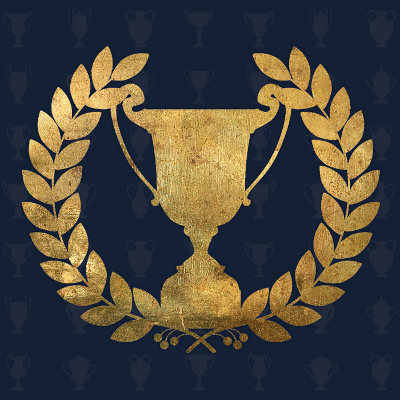 With a strong catalogue of album releases already behind them from the likes of Oddisee, DTMD and Gensu Dean, the Mello Music Group imprint have added yet another musical jewel to the label’s independent crown with the release of this collaborative project from Detroit producer Apollo Brown and veteran NY lyricist OC of Diggin’ In The Crates fame.

With Brooklyn’s OC coming to prominence in the 90s with the release of his classic debut “Word…Life” and Apollo Brown having only recently gained his underground notoriety during the last few years, “Trophies” finds the pair finding a common ground in their passion for the art of Hip-Hop, effortlessly bridging the potential generation gap with the DITC legend’s intelligent, forthright lyricism meshing seamlessly with Brown’s unique brand of boom-bap which has already made albums from The Left and Hassaan Mackey firm fan favourites.

A concept album of sorts, “Trophies” is based around the idea that, in today’s society, so many of us focus our attention on the materialistic rewards we can receive for our work and deeds, rather than simply just doing. We look for the recognition of others in order to validate our contributions in whatever walk of life we may be in. We judge others and allow ourselves to be judged on the material items we’ve acquired, knowing full well that cars, cash and clothes have no true relation to the content of an individual’s character. In short, with this album, Apollo Brown and OC are looking to remind listeners that we need to look inside of ourselves for personal fulfilment, be honest about our shortcomings, celebrate our individuality, treat others as we would want to be treated, and value the real rewards of life.

That said, “Trophies” is in no way an overly preachy album full of long patronising lyrical sermons. Always known for his reflective rhymes and ability to tap into the vast expanse of universal human experience (see 1994’s “Born 2 Live”), OC’s verses throughout this project are honest and down-to-earth, with the gifted emcee prepared to put himself under the microscope just as much as those he is hoping to reach with his poignant poetry.

The previously released “Prove Me Wrong” finds OC acknowledging his below-the-radar status in today’s corporate rap world. Over Apollo’s swooping strings, melodic samples and solid drums, the proud microphone master remains defiant in the face of mainstream appeal and fast-money trends, claiming that “dumbin’ down would be a sign of weakness” and reassuring longstanding supporters that he will always remain true to his original artistic blueprint.

The sparse “Nautica” is based around dramatic weather-related metaphors, with OC painting striking pictures of extreme natural disaster with expert lyrical precision (“Trenches turn muddy, Water levels rise up, Way above sea level, Meet God or the Devil”). The soulful “We The People” analyses the selfish nature of mankind, encouraging listeners to respect each other and unite in the face of adversity as OC admits to “trying to take my own advice from the rhymes I write” over Brown’s booming drums.

The short “Signs” is a hypnotic two-minute head-nodder with haunting production inspiring OC to try to make sense of a “modern-day Rome” in economic meltdown with the “smell of chaos in the air”, whilst the sombre “Caught Up” weaves 80s-style synths around verses detailing the plight of a young generation of females looking for both respect and ways to boost their self-esteem in all the wrong places.

Easily one of the strongest cuts here is the brilliant “The Formula”, a perhaps unexpected nod to Dr.Dre-affiliate The D.O.C., with OC explaining how the Dallas-born emcee’s 1989 Ruthless Records solo debut “No One Can Do It Better” played a huge part in encouraging a then young Omar Credle to continue developing his own lyrically-instense style. Apollo Brown’s stunning use of chopped strings here elevates the emotion heard in OC’s sincere rhymes to near epic proportions.

The closing “Fantastic” is an effective overview of the East Coast legend’s career so far, with OC recalling recording his classic debut, admitting how the lacklustre response to 2001’s “Bon Appetit” hit home hard, and stating that even without the levels of recognition enjoyed by some of his peers, he remains satisfied that his words will live on through time thanks to his dedication to his craft.

A quality collection of thoughtful, well-constructed beats and rhymes, “Trophies”offers both musical depth and lyrical substance throughout.  The next time someone tries to tell you that Hip-Hop is nothing more than immature one-dimensional lyrics about girls, guns and money, put them up on this album and let them know that some of us within the culture did grow up and mature.

The West Coast icon makes lesser emcees hang their heads in shame as he drops lyrical bombs on this Nadir Morgan-produced track.

Extensive Jeru The Damaja interview with veteran journalist Davey D covering the former Gang Starr Foundation emcee’s thoughts on the growth of Hip-Hop culture, his friendship with Guru and the new album he just recorded in Poland – some jewels are dropped throughout.