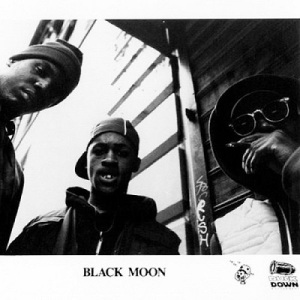 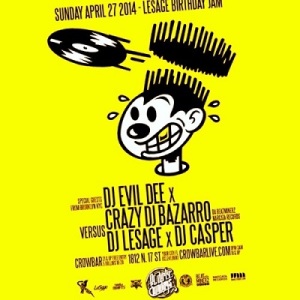 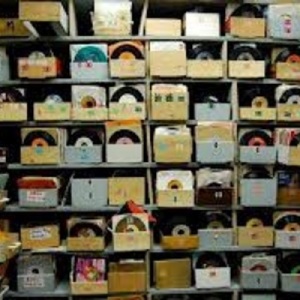 Filmed in 1997 during a visit to the Hip-Hop mecca of New York City, this documentary from Danish film-maker Jesper Jensen is a visual time-capsule that captures a handful of the East Coast’s most revered producers demonstrating, explaining and celebrating the craft of beat science at the tail-end of Hip-Hop’s golden-era period.

In today’s digital age, the collecting of vinyl, obsession with beat-digging and idea of spending hours inside cramped record stores may seem like alien concepts to some, with more and more music now being consumed and created online. But regardless of how much technology may have influenced the way some of today’s Hip-Hop is made, the importance of preserving the culture’s history and studying the original methods of the greats is as critical as ever, with “Beat Diggin'” providing an insight into the love shared by some of your favourite producers for the simple pleasure of sifting through stacks of vinyl to find that one perfect sample just waiting to be turned into Hip-Hop gold.

Included here in both its original, rawer 1998 version and an expanded 2003 re-edit, the film finds Jensen following the likes of Da Beatminerz, Showbiz, Diamond D, Buckwild and Godfather Don in the Rotten Apple, both record shopping and in the studio, as they continue on their endless search for the perfect beat.

Mr. Walt talks through his process of finding potential sample material, which includes smelling the vinyl, whilst Godfather Don discusses his dislike of what he calls “pick-up truck production”, which the talented individual defines as a technique used by producers who try to take drums and sounds from too many different sources, leading to a cluttered, disjointed product rather than a cohesive collage of music that is able to stir particular emotions in the listener.

John DeSalvo of NYC’s legendary Bleecker Bob’s Records describes the sometimes complex relationship between vinyl vendor and Hip-Hop production clientele, explaining how the purchases of dusty-fingered diggers influenced the type of music the store would look to stock, as well as admitting his surprise at how some of the best beats sampled by customers were found on some of the least impressive records.

With the documentary being filmed at a time when the unique, secretive sampling practices utilised by those seen here to create classics from the likes of Black Moon and O.C. were starting to be overshadowed by the radio-friendly loops of the Puffy-led shiny-suit era, questions regarding the integrity of some of the music coming from the East Coast at that moment are met with respectful yet forceful answers. Evil Dee explains how much of his enjoyment in making music is to be found in the challenge of finding new, inventive ways to sample in order to disguise and change the original material, whilst Showbiz states that he always follows the advice given to him by DJ Premier when it comes to making beats, which is simply to keep it Hip-Hop.

Another highlight is studio footage of Mr. Walt  working with independent favourites Shadez Of Brooklyn on their album which, unfortunately, would never get to see the light of day. Yet the passion and ferocity heard in the voices of the crew as they spit their rugged rhymes over bass-heavy Beatminerz production stands as a reminder of the hunger that can always be found in the Hip-Hop underground.

Both interesting and entertaining, “Beat Diggin'” stands as an important snapshot of the drive, creativity and dedication shared by many at a point in Hip-Hop’s history when true heads were striving to keep the essence of the culture alive as the music started to feel the tight grip of mainstream commercialism.

Amusing footage of the Duck Down crew sitting in for an absent Tony Touch on his Shade45 “Toca Tuesdays” show. 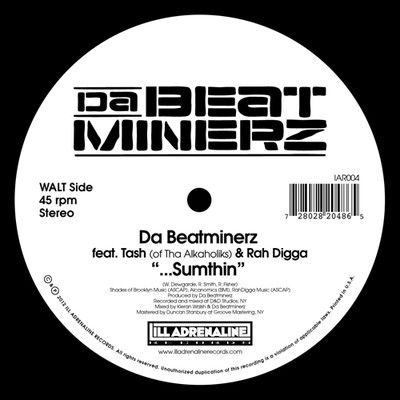 The Ill Adrenaline crew follow-up recent impressive releases from Rashad & Confidence and The Legion with the forthcoming limited-edition seven-inch release of this 1998 track from the vaults of DJ Evil Dee and Mr. Walt.

Vintage 1993 RETV interview with NY’s Black Moon following the release of the trio’s debut single “Who Got Da Props?”.

Still Got The Props – Black Moon

End Of An Era – Fat Beats

Footage from the final week at NYC’s Fat Beats before the store closed its doors for the final time – I can remember my first trip to NYC in 1997 where I visited Fat Beats and snagged DJ Eclipse for a “brief” interview which ended up lasting about 90 minutes due to my excitement – I did buy a stack of vinyl while I was in there though LOL.

Footage from this past weekend’s “Tribute To The Classics” show at NYC’s Knitting Factory featuring Black Moon and Smif-N-Wessun rocking Boot Camp classics with a full live band.