Flavour Of The Month – Cook Classics

LA-based producer Cook Classics is HipHopOfficial’s Artist Of The Week.

Stic.man and M-1 drop their classic anthem “It’s Bigger Than Hip-Hop” during a recent show in Indiana.

GrandGood.Com footage of LL performing classic verses from collaborations with EPMD and Craig Mack along with a couple of his own back-in-the-day bangers at NYC’s Nokia Theatre.

“Flava In Ya Ear”

New single taken from the forthcoming album “The Last Kiss”.

9th Wonder-produced cut from the the forthcoming album “The Stimulus Package”.

A relatively new name to the UK rap community, you’d never guess that Portuguese-born emcee Jyager (pronounced Yay-ger) started his musical journey as part of London’s garage scene, as his vivid, often intricate verses sound far better suited to the head-nodding beats provided here by the talented Cee-Why than you could imagine they would when paired with club-driven garage vibes.

One of the biggest criticisms levelled at UK Hip-Hop in recent years has been that a seemingly never-ending influx of wannabe rappers has brought with it increased levels of mediocrity and a distinct lack of quality control, with it being almost impossible to distinguish one so-called artist from the next. Thankfully, Jyager appears to have taken the time to hone his craft before dropping official product and is obviously determined to walk his own path rather than be satisfied with following the pack. With that in mind, when you stop to consider that his label mates include equally unique lyricists such as Sir Smurf Lil’ and Kashmere, it’s easy to see why YNR decided to back this particular young emcee.

Opening with “Eyes Open”, a bold statement of intent littered with socio-political observations, “Encrypted Scriptures” is a thoroughly entertaining effort that easily mixes street swagger with moments of genuine personal reflection, such as the soul-searching “Somewhere In Paradise” which finds Jyager determined to maintain a level head amidst inner-city turmoil.

The raw, sparse drums of “The Session” take a verbal pummelling from both Jyager and the ever-reliable Jehst, who has his “dick jammed in the MPC…literally banging them beats”, whilst the mellow “Didn’t Wanna Have To Do It” tackles relationship dramas with disarming honesty. Only on “Never Gonna Bring Me Down” does Jyager lose his momentum, with the track’s annoying sing-song hook and sluggish production adding little to the overall project.

However, that small criticism aside, “Encrypted Scriptures” is an impressive debut – the garage scene’s loss is definitely homegrown Hip-Hop’s gain.

Break It Down – Common

What We Gotta Do – Young Chris

Young Chris talks about his time as an artist on Roc-A-Fella and his new “Searching For An Outlet” online campaign.

Tales From The Dane Side – Dana Dane

D-Nice catches up with Brooklyn’s Dana Dane to discuss the story behind his 80s hit “Cinderfella Dana Dane” for “True Hip-Hop Stories”.

London’s DJ MK returns to his mixtape roots with this latest collection of tracks from the likes of Kyza, De La Soul, Raekwon and Q-Tip – download here. 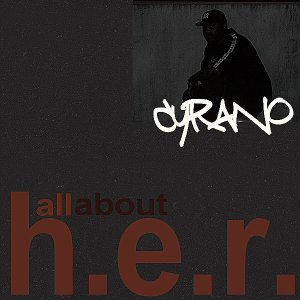 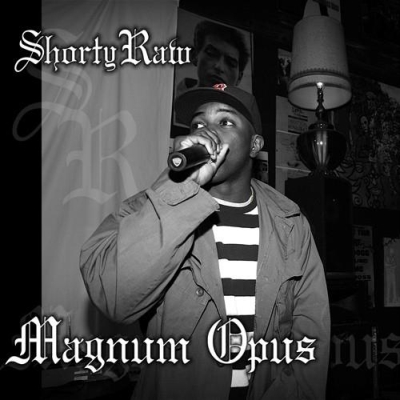 Taken from the album “Magnum Opus”. 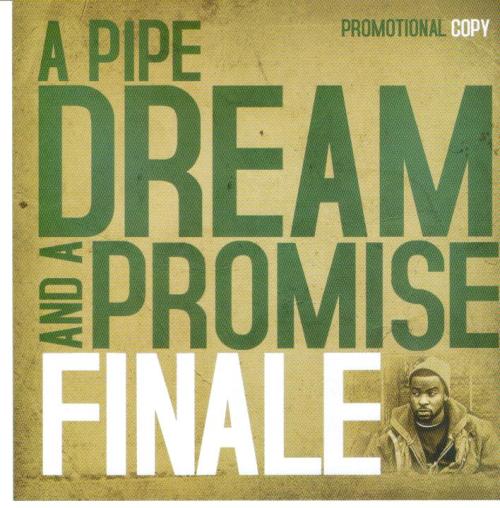 “A Pipe Dream And A Promise”

Adding further weight to the argument that Detroit is fast becoming an underground rap fan’s first stop for quality music, Finale’s “A Pipe Dream And A Promise” sits comfortably alongside recent releases from the likes of Invincible and Guilty Simpson as a shining example of the talent the Motor City has to offer.

Having made waves with last year’s “Develop” project with Tokyo-born producer Spier-1200, Finale keeps “A Pipe Dream…” largely a hometown affair, with the album featuring production from Black Milk, Waajeed and the late, great J Dilla, while also managing to squeeze in a cameo from old-school Detroit rap legend Awesome Dre.

Although the ‘starving artist’ stories that litter “A Pipe Dream…” might have been heard many times before, Finale recounts his experiences with such honesty and passion that his words carry with them a genuine sincerity, ensuring his verses allow the listener to truly feel his struggle.

“Pay Attention” finds the rapper battling against audience indifference over production packed with stuttering bluesy swagger, whilst “Heat” is all thumping Dilla beats and stark instrumentation, with Finale spitting his verses from behind an Ice Cube-sized scowl. Yet although this Motown motor-mouth can brag and boast with the best of them, moments like the album’s heartfelt title track display depths that go far beyond battle rap territory, as Finale details his career hopes over swirling saxophones and shuffling drums.

In a rap world where an upcoming artist can be unfairly dismissed at the simple click of a computer mouse, Finale has succeeded in creating an album that is relatable, likeable, and perhaps most importantly, memorable. Detroit strikes again.

Taken from the album “Tha Blaqprint”.

Footage of the Funkyman performing at the recent “Golden Age Of Hip-Hop” event in NYC.

Once affiliated with the  Native Tongues collective and now incarcerated, former child-emcee Chi-Ali talks about the early days of his rap career on PrisonPenn.Com.

Donny Goines breaks down his entrance into the rap game during a visit to Fat Beats in NYC.

Having already blessed back-in-the-day rap fanatics with retro releases from the likes of Godfather Don, Buckwild and Kwest Tha Madd Lad, the No Sleep label teams up once again with the Funkyman himself, Lord Finesse, for another collection of unreleased and hard-to-find dusty-fingered joints from the D.I.T.C. member’s heavy crates.

With the majority of the tracks here dating back to the early-to-mid 90s, virtually every cut is packed to bursting with golden-age flavour, bolstered by Finesse’s trademark blend of heavy bass, thumping drums and piercing horns. Big L’s unearthed banger “Unexpected Flava” will have NY die-hards ready to do the East Coast Stomp with its chanted hook and witty punchlines, whilst Grand Puba’s “Untitled” is a near flawless example of how effortlessly dope the Brand Nubian emcee sounds over the right production (something he’s struggled to find in recent years).

One of Finesse’s strengths behind the boards has always been his ability to craft beats that range from the hypnotically mellow to the gritty and menacing, and both sides of the Funkyman’s musical personality are on display here. The “Laidback Bounce Mix” of Kirk’s 1994 joint “Uptown Style” stirs memories of warm summer nights with its Keni Burke snippets and dreamy keys, whilst God Sunz’ “Sub Sidewalkers” revels in its downbeat moodiness and evokes images of piss-stained project building stairwells littered with discarded blunts.

Finesse’s own catalogue as an artist is also well covered here, with previously unavailable versions of classics such as “Isn’t He Something” and “Hey Look At Shorty” sitting alongside vinyl-only cuts like the vibe-filled “Soul Plan” with jazz legend Roy Ayers. Yet the real gem amongst the Funky Technician’s own material has to be the 1991 demo mix of “Fat For The 90s”, which finds an agitated A.G. putting heads to bed with Finesse over a relentlessly vicious guitar lick.

More refined and focused than its predecessor, this latest collection from the D.I.T.C. vaults is a welcome reminder of a period in Hip-Hop never to be repeated, where genuine talent and creativity met with a desire to record timeless music purely for the satisfaction of being known as one of the illest to ever do it.