The first of M.O.P.’s two Jazz Café shows (their first UK appearances in some years) was much like the Brooklyn duo’s music – loud, abrasive and to the point, but a whole lot of rowdy fun.

Not looking to keep their fans waiting and clearly impatient to hit the stage after their long absence from British shores, the burly figures of Lil’ Fame and Billy Danze (accompanied by deejay and long-time accomplice Laze E Laze) kicked the proceedings off unexpectedly early at 9:30pm, spending the next sixty minutes or so blasting their way through a fast-paced selection of Mash Out Posse bangers.

After a brief but heartfelt dedication to lost legend Guru of Gang Starr from Laze, Fame and Billy arrived in front of the packed London audience to the blaxploitation soul of Isaac Hayes’ classic “Walk On By”, before launching into arguably their most well-known hit, the Foreigner-sampling “Cold As Ice”. Immediately the crowd’s energy levels went through the Jazz Café roof, which is where they remained for the duration of the show.

Bouncing around the stage like two retired WWF wrestlers with rhyme skills, Fizzy Womack and Danze were clearly enjoying, and appreciative of, the adulation and roars of the pair’s trademark shout of “Fiyaaah” being generated by the venue of hardcore M.O.P. fans.

Clearly there were no casual Mash Out listeners in the house tonight, as virtually the entire crowd rhymed along word for word to heaters such as the Jay-Z collabo “U Don’t Know” and the Rocky-inspired “4 Alarm Blaze”. At one point Danze put the audience to the test, asking “What was M.O.P.’s first f**kin’ record?”, with shouts of “How About Some Hardcore” being ignored as the pair ran through a verse of other early cuts such as “Blue Steel”, stopping each time with “Nah, that ain’t our first record!” and a gleeful gold-toothed grin from Fame. Eventually the unmistakable bassline of the Rotten Apple favourite’s 1993 debut single pushed its way through the speakers, with more pandemonium ensuing throughout the venue.

Pausing for Laze E Laze to drop a quick selection of party-starting sure-shots from the likes of Biggie and DMX, the Brooklyn bombers then continued on their mission with audience pleasers such as the boisterous “Put It In The Air” and the title track of their 2000 album “Warriorz”.

Eager to connect with their fans, both Billy and Fame bantered humorously with the crowd, passing bottles of their chosen alcoholic beverages along the front row, encouraging as many Firing Squad fanatics as possible to take a drink with them in-between songs.

By the time the opening bars of the night’s finale “Ante Up” burst from the sound system, to paraphrase Busta Rhymes on the track’s remix, it really did feel like the whole world was about to collapse, as audience and artist exploded as one in a near-perfect moment of pure Hip-Hop appreciation.

M.O.P. have had something of a troubled career over the years, with the NYC natives having to battle against label dramas, industry politics and mainstream indifference. Yet throughout their many ups and downs, Lil’ Fame and Billy Danze have always placed making music for fans who truly appreciate their brand of raw rap above chasing commercial success and following popular trends. On this night, a small number of those same fans got to give some of that love and respect back to their hardcore heroes in no uncertain terms.

L-Boogie performing “Fu-Gee-La” at Rock The Bells NYC 2010 with some celebrity guests.

The UK emcee returns with an anthem for slackers everywhere.

“Ghosting is a project that gives listeners insight on the types of artists and music that inspires Buff1.  Giving himself one week to write original material, Buff1 created this free project to be released into the blogosphere.  Choosing songs that coincidentally had space for Buff1 to spit, none of the original songs have been edited.
Buff felt there were obvious similarities between the music on this project and one of his favorite Ghostface songs “Holla”; on which Ghost raps over the entire Delfonic’s song “La-La Means I Love You”.  Ghosting also happens to be a game where one person follows behind another, mimicking their movements as closely as possible, without being detected.
The Ghostface homage, combined with Buff1 trying his best to follow in the footsteps of the artists who inspired him to write this project, made the title obvious.  Lastly, don’t sleep on the exclusive bonus track “Better” produced by Slot-A.”

Taken from the Vancouver emcee / producer’s album “Sneakerboxxx” – one of the dopest cuts I’ve heard so far this year.

End Of An Era – Esoteric

Estoteric speaks on the closing down of the Fat Beats stores and the forthcoming 7L & Esoteric album “1212”.

King Of The Beats – Large Professor

Extra P on GrindMusicRadio.Com speaking on the science behind his beat-making.

Bonus Clip: Large Professor in the studio with Amazing Maze. 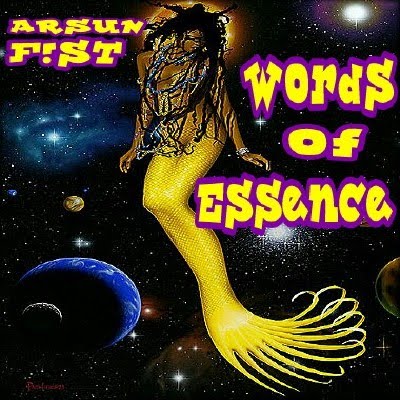