One of QB’s favourite sons Cormega speaks on his forthcoming double-album “Raw Forever”.

KrookOnline.Com footage of Cormega, Craig G, Large Professor and Neek The Exotic performing at a recent benefit gig in NYC.

Cypress Hill’s DJ Muggs talks about dabbling with dub-step on his forthcoming album “Bass For Your Face”.

UK emcee Skuff delivers a free collection of “covers, rip-offs and karoake” which finds the Delegates Of Culture affiliate tackling tracks ranging from Radiohead to Jay-Z to Eric B. & Rakim – download here.

UK rap vet Farma G of Task Force fame takes a considered look at the current homegrown Hip-Hop scene and the part he played in its evolution.

Count It Down – Genesis Elijah

Maryland’s Ade falls asleep in the studio and dreams of being a golden-era gangsta rapper on this respectful remake of Ice Cube’s 1992 riot-starter “Wicked”.

Rae and Ghost backstage at The Monique Show promoting various upcoming Wu-related projects as only Rae and Ghost can.

The Bronx Is Back – $amhill

This is a dope concept – making a brand new video for a classic old-school track that didn’t have an accompanying clip back-in-the-day – Greg Nice and Smooth Bee are the first up to bat with this cut from their 1989 self-titled debut album.

The Arsonists member takes to the streets of London, England for this latest video from his solo album “Between Heaven & Hell”. 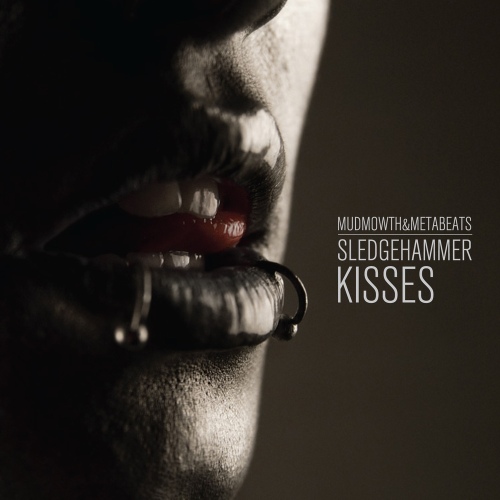 Continuing their crusade to deliver nothing but the finest in homegrown UK Hip-Hop, the Associated Minds label set off 2011 with this gem of an album from producer Metabeats and animated lyricist Mudmowth.

Clocking in at a short but effective eight tracks, “Sledgehammer Kisses” covers a lot of musical ground, encapsulating polished club bangers, dusty head-nod anthems, playfully outlandish boasting and dark moments of gut-wrenching self-reflection. Mudmowth comes across here as an individual with the weight of the world on his shoulders who only feels truly free when he’s spending quality time with his pad and pen or pummelling a microphone in a studio booth. Obviously tuned in to the downtrodden emcee’s lyrical mood swings, Metabeats delivers an unpredictable selection of tracks that both bolster Mud’s witty wordplay and also squeeze further emotional mileage out of the album’s autobiographical moments.

The opening “Ghost” is a clever Trojan horse attack on the state of modern day music, with Mudmowth revelling in the irony of his criticisms being communicated to the world via the wonderful tool of auto-tune. In the same way that NYC’s 3rd Bass infiltrated the MTV universe in the 90s by filling their single “Pop Goes The Weasel” with familiar mainstream samples whilst simultaneously taking verbal shots at that very same practice, no doubt the hope here is that some unwitting radio deejay will latch onto the track due to its trend-driven sound without realising the content of the lyrics. Stranger things have happened.

The previously released “Maaad Tight” featuring SonnyJim and Skamma is three-and-a-half minutes of neck-snapping drums and politically-incorrect punchlines, whilst the loping “Let It Breathe” finds Mudmowth launching humorously vicious barbs at the competition (“Laughing at you half-hearts, Thinking you can harm me, Hardly, You’re a Barbie doll trapped in a bloody Swansea / Cardiff derby”).

But whilst Mudmowth has a definite talent for penning colourful insults, it’s on the more personal tracks such as “Life’s Never Enough” that the lyricist truly shines, putting his own insecurities and disappointments on display for all to see, yet still managing to find hope in the sometimes painful struggles of day-to-day life. The melancholy “Sing Tears” opens with Mud apologising to his mother for “not being the son she wanted” before he launches headfirst into the complexities of his relationship with his estranged father. Metabeats’ dense drums are given further musical depth thanks to live instrumentation from P.L.O. and an impassioned hook from vocalist Richie Hayes.

The soulfully brilliant “Concrete Buttercup” closes the project with Mudmowth reminding both himself and the listener that, regardless of the cards you may have been dealt, there are always others worse off, noting that many of his own complaints seem insignificant when compared to a friend losing his wife to cancer or the homeless forced to find their next meal in a rubbish bin. None of which may sound particularly entertaining, but there’s a genuine honesty in Mudmowth’s plea to embrace each moment in life that pulls the listener out of any sombre mind-state and back to a place where it’s possible to dream again.

A varied but ultimately satisfying offering, “Sledgehammer Kisses” is the work of two individuals not afraid of stepping outside their respective comfort zones in order to create music that is both immensely enjoyable and, at times, deeply moving.