Possibly the hardest working emcee in NYC right now, Donny Goines kicks it with Skyzoo in Manhattan for the latest edition of his “Bars” series.

Some typically amusing video craziness from the Funk Doc taken from the “Ready Or Not” mix-CD.

Trailers for this clip have been floating around online for a few months now but here’s the official jizzoint.

The good people at Ninja Tune / Big Dada have asked me to make this accapella of Roots Manuva’s recent single “Buff Nuff” available to download incase any producer-types out there want to get their remix on – you can cop it here.

Kyza performing at London’s End Of The Weak event complete with live band.

Souls Of Mischief’s Opio receives some strong support from his producer The Architect, Del The Funkee Homosapien and Tame-One as he talks about his new album “Vulture’s Wisdom, Volume One”.

He Got Game – The Game

The Compton Kid being interviewed at Kube 93’s Summer Jam in Seattle.

Here are a few bits and pieces that landed in my inbox over the weekend while I was away from the computer celebrating my 33rd birthday – I’m old-school and proud, people!! 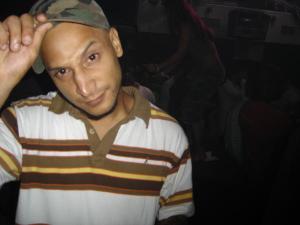 I don’t usually get too heavily involved in posting beef-related content up on Old To The New mainly because most of it’s just corny WWF-style hype – but I couldn’t help cracking a smile when I heard this new freestyle from Butta Verse’s regarding the recent internet scandal surrounding Rick “I’m A Boss” Ross’s previous career as a Corrections Officer.

Download the freestyle here but for a more accurate example of what to expect from the former De La Soul protege’s forthcoming album “Reality BV” lookout for the new single “If I Die”.

Kardinal Offishall talks to HipHopOfficial about the Canadian rap scene and his forthcoming album “Not 4 Sale”.

Wu-Tang’s RZA in London on DJ MK’s KissFM rap show dropping some knowledge as well as a freestyle.

Footage of Slum Village’s Elzhi performing “Motown 25” and “That’s That One” on HipHopOfficial.

Donny goes to Queens to link up with WhyG and Homeboy Sandman for the latest instalment of his “Bars” freestyle series.

Give Up The Funk – Digital Underground

Classic early-90s clip of the mighty Digital Underground performing their “No Nose Job” single on Yo! MTV Raps.

Nas protests outside Fox News in NYC with ColorOfChange.Org.

After some hotel room rehearsing, Canada’s extremely talented Eternia tears it down with Chesney Snow in Philadelphia at Cushapalooza 2008.

It’s hot outside and this joint always reminds me of the summer of 94 when my friends and I had nothing better to do than chase girls, hang out, tell mother jokes and debate the brilliance of debut albums from Nas, Jeru The Damaja and Outkast.

Shoutout to the homies DB and DJ Maniphest who I know will each be cracking a colgate-grin whilst watching this clip.

Plus, if you didn’t know already, this is, of course, where the name for this blog came from.

Clap Yo Hands – Naughty By Nature

Taken from the Boston lyricist’s dope “Grey Hairs” album which dropped this week.