Horn-laced flavour from the Australian / UK duo’s forthcoming collabo album “Ever Since” dropping on the High Focus label. 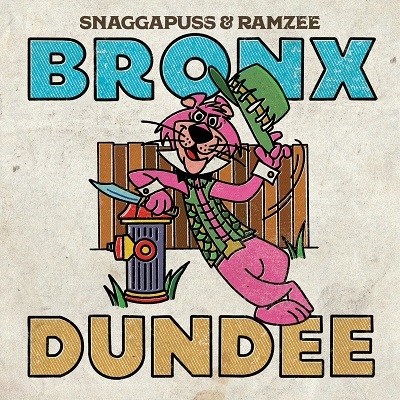 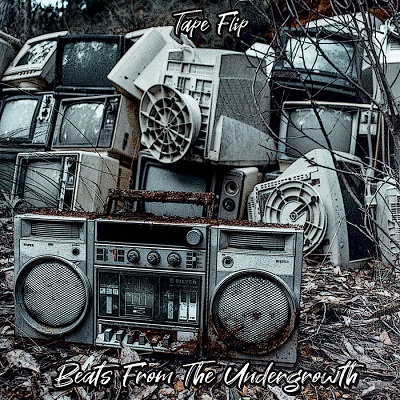 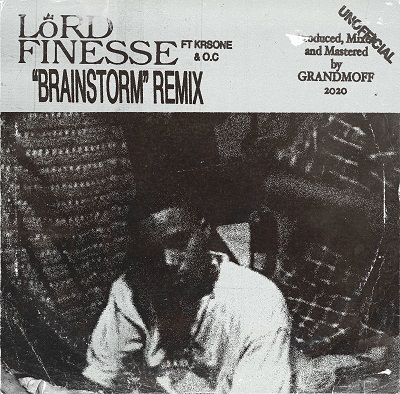 Australia’s Grand Moff has crafted a respectful reworking of this formidable collaboration from Lord Finesse’s mid-90s release “The Awakening”, staying true to the dusty-fingered flavour of the original with a head-nodding combination of heavy drums and echoing horns.

Detroit’s Ty Farris delivers street knowledge with a voice of experience on this lead single off the forthcoming album “The Road Of A Warrior” produced by Australia’s Royalz. 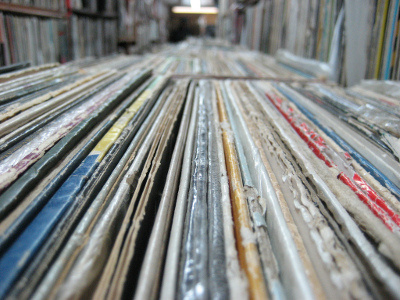 Every year this ‘best-of’ list becomes increasingly harder to put together, with 2019 possibly having been the most challenging round-up to compile yet. Not because there haven’t been enough worthy projects released over the past twelve months, but because there has potentially been too many!

I initially sat down with a list of approximately three hundred albums and EPs that had dropped this year which I felt deserved to be considered. Three hundred??!! After plenty of deliberation and arguments with myself, I finally managed to get that list down to the one hundred releases you’ll find featured in this five-part 2019 overview.

Of course, there are going to be artists not included who some heads will feel should have been. That’s the beauty of music – everyone has their own opinion. But if a particular album or EP hasn’t been mentioned, that shouldn’t lead anyone to automatically assume I didn’t rate that project at all. As previously stated, I started with three hundred releases. When scaling that list down I had to really just consider which albums and EPs I’d enjoyed the most. It was as simple as that. No politics. No favours. Just the thoughts of a lifelong fan of beats and rhymes.

As always, huge props to all the talented artists out there (whether included in this list or not) who put their time, effort and creative energy into making music that adds something of value to this incredible culture called Hip-Hop.

Roc Marciano – “Marcielago” (RocMarci.Com) – As one of the most influential artists of the last decade it’s fitting that ten years after the release of “Marcberg”, an album that made an indelible impact on the sound of underground Hip-Hop, Strong Island’s Roc Marci would book-end his incredible run of releases with a project that further solidified his position in the game. Once again proving himself to be a master of his craft (both lyrically and musically),  the NY favourite fused vivid, larger-than-life rhymes with smooth, atmospheric (largely self-produced) beats and loops. Cinematic mood music best heard late at night in a haze of weed smoke. 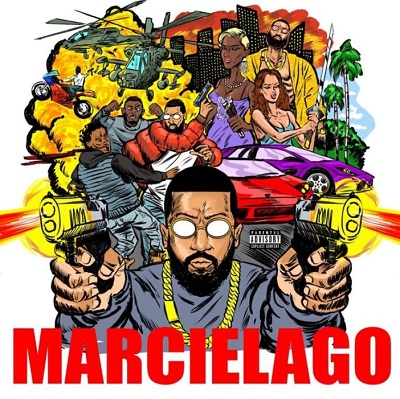 Nems – “Gorilla Monsoon” (Lyfer Gang) – Brooklyn emcee Nems is no newcomer, having released a string of projects over the past fifteen years. But on this album, the Mayor Of Coney Island appeared to capture Hip-Hop lightning in a bottle, elevating his skills to new heights in the process. Backed by the masterful production of fellow BK resident Jazzsoon, whose beats thumped harder than a heavyweight boxer working a punch-bag, Nems paid homage to the traditional Rotten Apple sound without getting caught up in nostalgia, delivering rhymes that ranged from aggressive, competition-crushing bars to brutally personal and honest life stories. Powerful music. 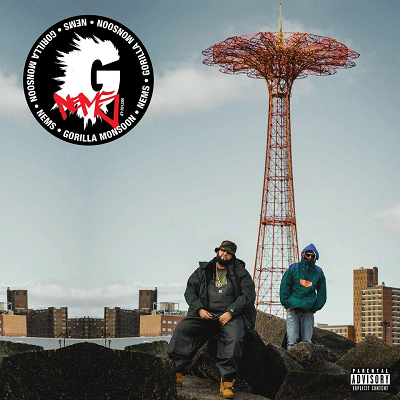 Joker Starr – “G.A.W.D.” (FlukeBeatMusic.BandCamp.Com) – The irrepressible UK artist made a welcome return at the beginning of the year with another quality collection of unrestrained lyricism to add to his catalogue, at times sounding about ready to burst out of the speakers like a Hip-Hop Hulk. Largely produced by Micall Parknsun (with input from Anyway Tha God and OphQi), the UK wordsmith mixed social commentary and Black pride with larger-than-life emcee bravado throughout this entertaining showcase of raw hardcore talent. 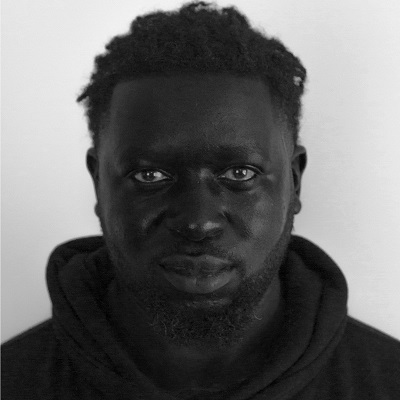 Vic Spencer & Sonnyjim – “Spencer For Higher 2” (Daupe Media) – Chicago’s Vic Spencer delivered slick wit and smooth arrogance over sublime production from the UK’s Sonnyjim on this sequel to the pair’s original 2018 “Spencer For Higher” project. A naturally gifted emcee, Spencer dominated the beats and loops on offer here with seemingly effortless skill, sharing a creative chemistry with Sonnyjim that lent the project a satisfyingly seamless and organic feel. 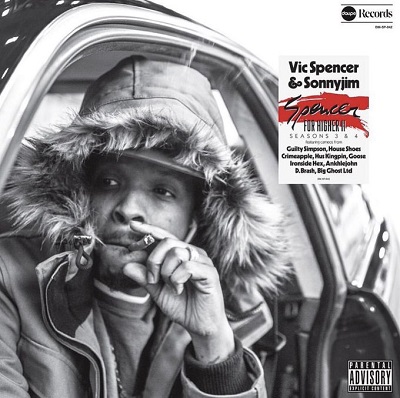 Funky DL – “Life After Dennison” (FunkyDL.BandCamp.Com) – Following on from 2018’s “Dennison Point” project, which captured Funky DL’s memories and experiences between 1992 and 2005 as a resident of Stratford, East London, “Life After Dennison” found the multi-talented UK artist bringing listeners up-to-date with his personal journey in his inimitable warm and witty style, accompanied by his jazzy and soulful trademark production sound. 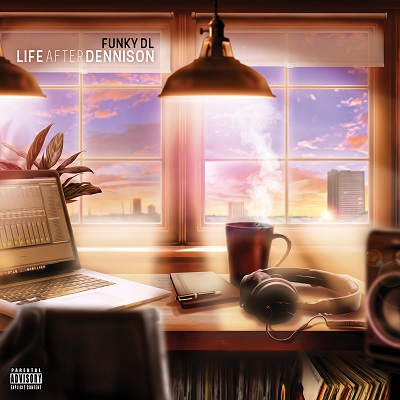 Pitch 92 – “3rd Culture” (HighFocus.Com) – An album of epic proportions, this project from Pitch 92 fully showcased the Manchester music man’s range as a producer, incorporating Hip-Hop, jazz and soul influences into one smooth and cohesive listening experience, featuring a long list of top-tier UK talent including Jehst, MysDiggi and DRS. An ambitious and thoroughly enjoyable release. 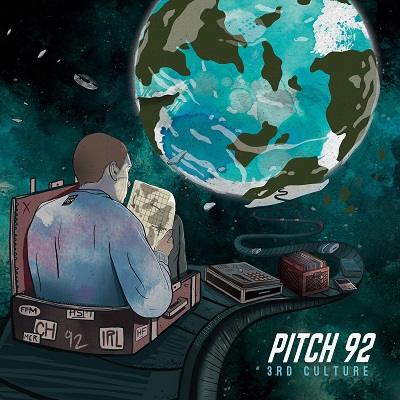 Jeff Smith – “Fear Of A Black Messiah” (GiftedJeffSmithStore.BandCamp.Com) – In today’s divided and troubled times, music from artists such as Virginia’s Jeff Smith is needed more than ever. Following in the footsteps of acts such as Public Enemy, Paris and Kam, the outspoken emcee delivered an uncompromising look at what it means to be Black in Amerikkka today from his own perspective. Dealing with racial, social and political issues head-on, Smith proved that edutainment is still alive and well in Hip-Hop. 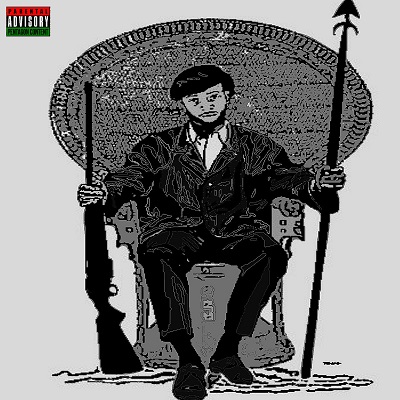 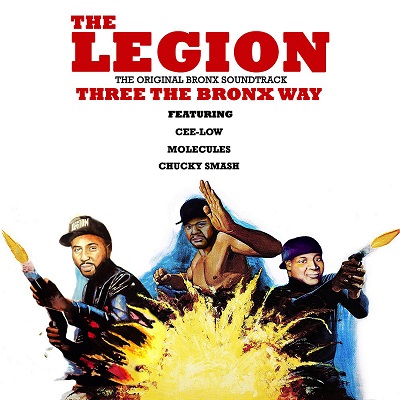 Damani Nkosi and ill Camille – “HARRIETT” (DamCam.BandCamp.Com) – West Coast duo Damani Nkosi and ill Camille combined their talents on this full-length project, determined to satisfy your soul and stimulate your third-eye via an organic blend of smooth, melodic production and uplifting lyrical content which was influenced by the past, grounded in the present and looking towards the future. 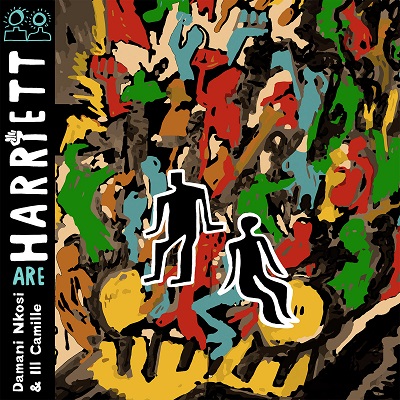 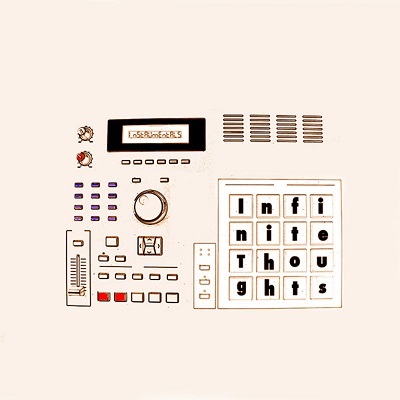 Showbiz x Milano – “Boulevard Author” (DITCEnt.Com) – A shining example of quality now-school Rotten Apple rap, this concise collection of dusty-fingered beats and well-executed, laser-precise rhymes found the Diggin’ In The Crates duo each residing at the top of their game. Milano has been a lyrical force to be reckoned with since his debut in the late-90s and Show’s ear for an ill loop definitely hasn’t faded over time, with this album carrying on DITC tradition and proudly supporting the classic sound of NYC. 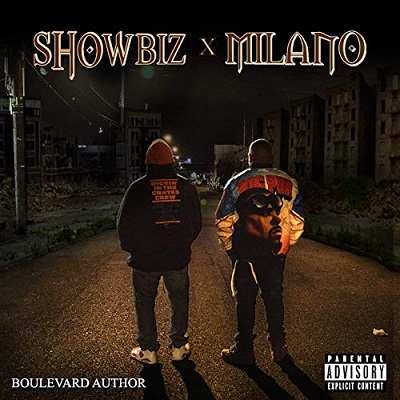 Lisaan’dro – “M.A.D.E. (My Allies Died Early)” (Lisaandro.BandCamp.Com) – Gang Starr’s Guru once said it’s mostly the voice of an emcee that sets him or her apart from the competition. If Gifted Unlimited Rhymes Universal were still here today he would no doubt hold NY’s Lisaan’dro up to prove his point. The Long Island lyricist’s immediately recognizable raspy flow does indeed give his music a unique quality, but aside from that, as showcased on this album, Lisaan’dro also has a real talent for penning verses filled with pimpish slick talk and street-wise observations, which were backed up here by production from the likes of The Custodian Of Records, Leaf Dog, Flashius Clayton and more. 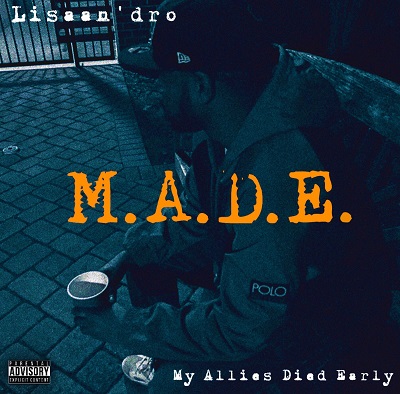 Es – “Social Meteor Vol. 1:Inspired By My Timeline” (EsMusik.BandCamp.Com) – If you were already familiar with Canadian emcee Es before 2019 via previous albums such as “Aspire To Inspire” (2014) and “We Are Only Getting Older” (2017), then you would have already been well aware that this talented wordsmith offers plenty of food for thought in his music. This latest project continued that tradition, with Es tackling the pros and cons of social media and our obsession with Twitter, Facebook and Instagram etc, accompanied by production from Pro-Logic, DJ QVP and Rel McCoy. 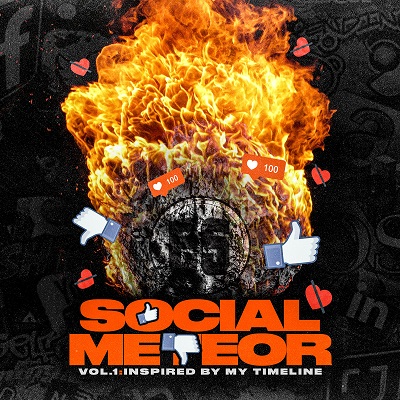 O The Great – “This Art Is Real” (OTheGreat,BandCamp.Com) – NY’s O The Great swung a heavy lyrical sword throughout this project, which bristled with a true passion for the art and culture of Hip-Hop. Mixing contemplative rhymes and observational jewels with raw bravado, the skilled emcee (who also produced the majority of this release) held the listener’s attention with ease via his sharp delivery and down-to-earth attitude. The album also featured worthwhile appearances from the likes of  Supreme Cerebral, BanishHabitual and Supreme Magnetic. 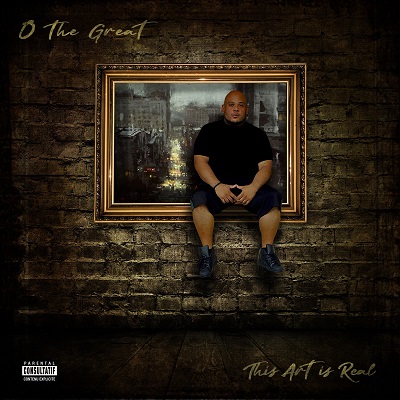 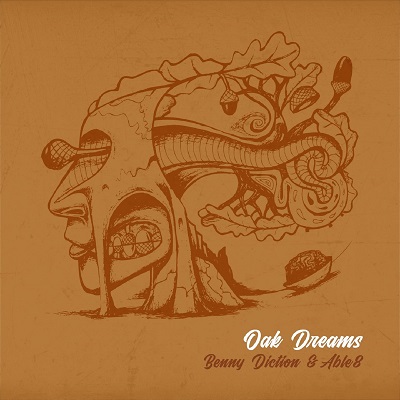 WateRR & The Standouts – “The Honorable” (WateRR.BandCamp.Com) – Chicago emcee WateRR appeared to have found the perfect sonic backdrop for his swaggering, forthright rhymes in the form of Texas production duo The Standouts, who supplied the Windy City wordsmith with a strong selection of attention-grabbing loops and samples on this impressive long-player. 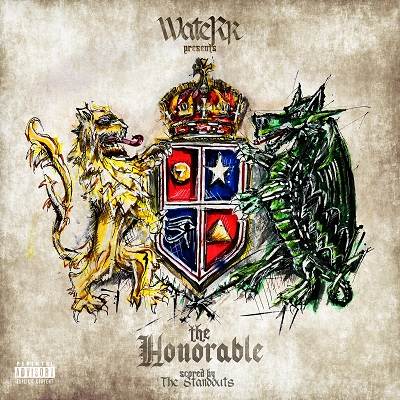 Finale – “62” (FinaleDet313.BandCamp.Com) – Longstanding supporters of Detroit’s Finale will already know he is an emcee determined to fill his verses with substance, honesty and integrity. This latest album from the Motor City wordsmith continued in that tradition, with Finale offering personal rhymes about family, relationships and fatherhood over a well-chosen selection of soulful production. 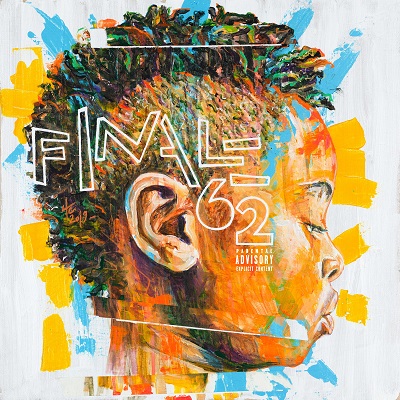 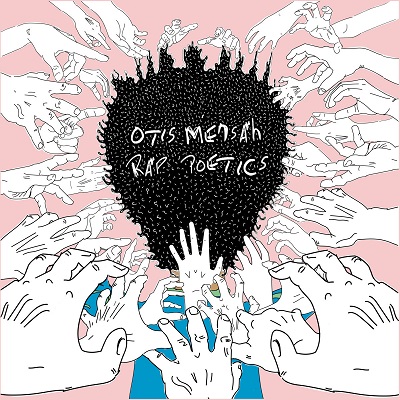 Super Duty Tough Work – “Studies In Grey” (SuperDutyToughWork.BandCamp.Com) – The idea of a live band making Hip-Hop is nothing new, but it is a concept that takes real skill to execute effectively. At the top end of the scale, groups like The Roots and the UK’s Mouse Outfit have consistently released incredible music based around the live band format. But when done badly, the end product can sound limp and bland, lacking the thump and grit many Hip-Hop fans demand. Based on this EP, it would appear that Canadian band Super Duty Tough Work are definitely masters of their craft, balancing head-nodding beats and nimble rhymes with smooth instrumentation, incorporating vibrant keys, lively bass and punctuating horns. 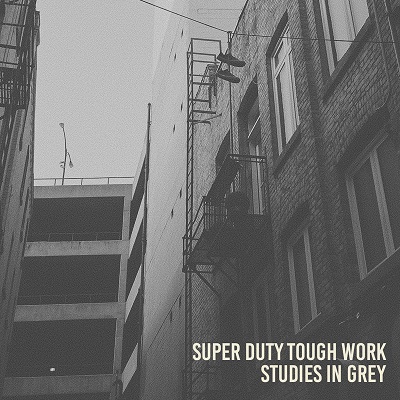 Asun Eastwood & Onaje Jordan – “Danger My Ally” (AsunEastwood.BandCamp.Com) – Canadian artist Asun Eastwood has steadily built himself a reputation over the last couple of years as one of the nicest emcees making noise in the underground. This latest release (produced by Chicago’s Onaje Jordan) offered more of the raw, uncut wordplay that supporters have grown accustomed to, reflecting the darker side of Toronto’s streets. 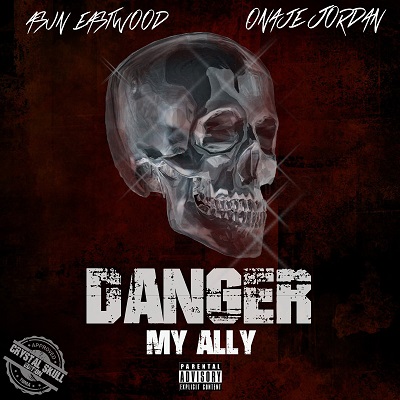