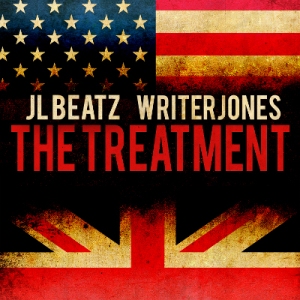 Twisted video to accompany this soulful instrumental track from the UK producer’s album “Thanks For Trying”.

New Joint – The Other Guys / Substantial

The Other Guys ft. Substantial – “When The Music Stops” (OtherGuysMusic.BandCamp.Com / 2013)

Taken from the DMV duo’s recent project “The Other Album”.

As one of my top five emcees of all-time, any opportunity to see Juice Crew legend Big Daddy Kane rip the stage is definitely something not to be missed. Having witnessed the Prince Of Darkness live on numerous occassions over the years, it’s safe to say the Brooklyn-bred emcee easily ranks alongside the likes of KRS-One and The Roots as one of Hip-Hop greatest live acts. With a catalogue of classics to choose from combined with a commanding stage presence, Kane never fails to come across as a seasoned, polished performer, with that old-school BK bravado shining through just enough to remind audiences that he was once one of the most feared lyricists in the rap world.

Even if, like myself, you’ve seen Kane live before, his appearance at London’s Jazz Cafe put a new spin on things, with the venue’s intimate setting providing an interesting alternative to the much larger locations BDK has previously been booked at in the UK’s capital city.

Following a quality opening set from Crown City Rockers emcee Raashan Ahmad, King Asiatic Nobody’s Equal calmly descended the Jazz Cafe stairs to the sound of thunderous cheers, his simple outfit of shirt, waistcoat and jeans a million miles away from the custom sweat-suits and gold-chains Kane would have been picking up from Brooklyn’s famous Albee Square Mall back in the 80s.

Opening the show with a back-to-back medley of upbeat classics, the Big Daddy tore through the “Juice” soundtrack favourite “Nuff Respect”, the 1988 party-starter “Set It Off” and the Prince Paul-produced single “It’s Hard Being The Kane”, delivering his fast-paced rhymes with a level of force and aggression that easily matched his verses on the original recordings.

Pausing briefly to catch his breath, the golden-era great then proceeded to run through a near non-stop barrage of timeless tracks, including “Young, Gifted And Black”, “Just Rhymin’ With Biz”, his verse from the mighty posse cut “The Symphony” and the mellow anthem “Smooth Operator”.

Injecting some humour into the performance, when a female audience member called out inbetween songs “Where’s Scoob & Scrap?!” Kane responded without missing a beat, shooting back “I’m 44-years-old! I don’t how much dancing you’re expecting to see…”

Breaking momentarily from his back catalogue, Kane showcased a track from his new album as part of live band Las Supper, making the wise choice not to force too much unfamiliar material on the audience, but ensuring he did just enough to raise awareness of the new project without detracting from the night’s lively throwback atmosphere.

Leading the crowd in an enthusiastic call-and-response routine, Biz Markie’s former running partner also took time out to pay homage to a number of Hip-Hop’s fallen soldiers, including Heavy D, Guru and Biggie, ending the segment with a shout to Big L which then led into Kane performing the track he recorded with the Harlem icon, “Platinum Plus”.

With “Ain’t No Half-Steppin'” and “Warm It Up, Kane” filling in the blanks for anyone who was counting the inclusion of staple Kane cuts, all that was left for BDK to do was drop the track some ageing heads had been calling for all night, closing the show with the Marley Marl-produced “Raw”, which still stands-up as a near perfect display of whirlwind lyricism twenty-five years after its release.

Big Daddy Kane’s stageshow has barely changed in the last ten years, but it really doesn’t need to. Like the R&B greats he once openly admired such as Barry White and Marvin Gaye, Kane has reached a point where the music heard on early albums such as “Long Live The Kane” and “It’s A Big Daddy Thing” has not only aged well, but now represents a period of time for an entire generation of Hip-Hop heads eager to be taken back to our youth, when our main concerns involved keeping our sneakers clean and copping the new Public Enemy album, rather than paying bills and day-job drama.

All Kane has to do to keep fans happy is keep coming back and running through his long-list of crowd favourites with the same level of enjoyment  he displayed throughout this particular show, demonstrating that the man behind the mic cherishes those some classics and their place in Hip-Hop history just as much as those who’ve paid for a ticket.

Kane might now be approaching his mid-forties, but when it comes to putting on a quality show, he’s sure to continue to get the job done for a few years yet.

Footage of Big Daddy Kane performing “Nuff Respect”, “Set It Off” and “It’s Hard Being The Kane” at London’s Jazz Cafe.

Taken from the Nottingham emcee’s new EP “Savagery Over Everything”.

The NY duo deliver a horn-laced dedication to the borough of Crooklyn off their EP “via FB”.

The Japanese producer takes it back to “a time that was vintage” by teaming-up with the legendary Extra P.