Mr. Lif & Stu Bangas – “Vangarde” (FBDistribution.BandCamp.Com) – A sonic response to the “new world adjustments” we were all dealing with throughout 2020, this album from Boston partnership Mr. Lif and Stu Bangas was sharp, urgent and intelligent. Covering topics such as the pandemic, police brutality, politics and social unrest, the duo delivered inspired commentary on the events of the year, providing a soundtrack to the struggles faced by many. Music to strive by.

Es x Pandamonium – “The Connected EP” (EsxPanda.BandCamp.Com) – It doesn’t seem that long ago that the idea of music being made via the internet by individuals on opposite sides of the globe was considered ground-breaking and revolutionary. Nowadays it’s standard practice. But that doesn’t make the results of such collaborations any less impressive. This EP found Canada’s ever-consistent Es building musical bridges with the UK’s DJ Pandamonium, resulting in a vibrant EP full of thoughtful lyricism and accomplished production.

J-Live – “Drawn Up” (RealJLive.BandCamp.Com) – Delivering quality Hip-Hop since 1995, this EP from underground favourite J-Live proved the past twenty-five years have only refined his musical talents, with this self-produced release featuring plenty of the punchy, insightful lyricism and true-school attitude that have become his trademark since those early indie releases. 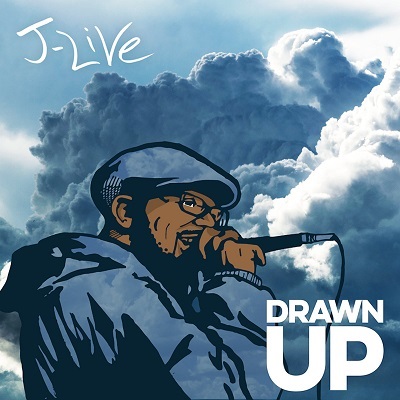 Mark Ski – “Catch-REC” (FunkByFunk.BandCamp.Com) – UK producer Mark Ski called on a transatlantic team of talented emcees to help put together this debut album, with the likes of Blame One, Booda French and J57 all stepping up and delivering the lyrical goods, complimented by knocking drums, smartly-selected samples and deft cuts.

Skyzoo – “Milestones” (MelloMusicGroup.BandCamp.Com) – This brilliant concept-based EP found Brooklyn’s Skyzoo celebrating, analysing and embracing fatherhood, drawing inspiration from both the birth of his son Miles and memories of his own adolescence. The NY emcee’s talent for being able to communicate so much in just a couple of lines came into its own here, as Skyzoo joined the dots between his relationship with his own father and how that helped shape the person he is today. An inspired piece of work. 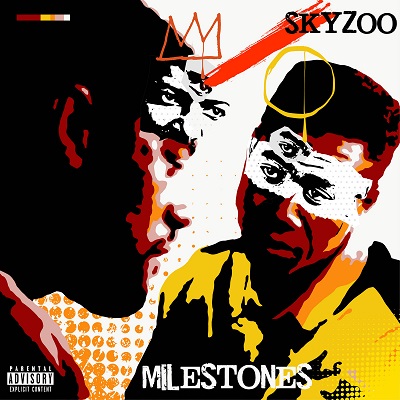 Freddie Gibbs & The Alchemist – “Alfredo” (ALCRecords.Com) – Having already got two full-length albums with legendary producer Madlib under his belt, Gary, Indiana’s Hip-Hop champ Freddie Gibbs upped the ante on this latest project, joining forces with another studio giant, The Alchemist. Casually draping his street-orientated verses over the subtle, understated excellence of Al’s work behind-the-boards, Gibbs further secured his spot as one of the rap game’s go-to artists. 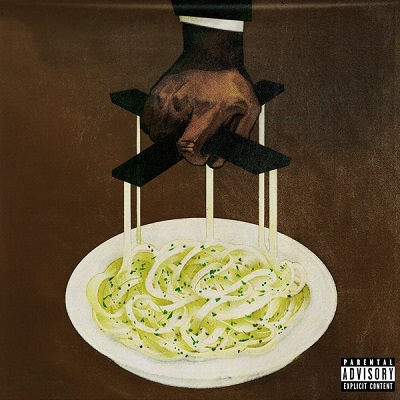 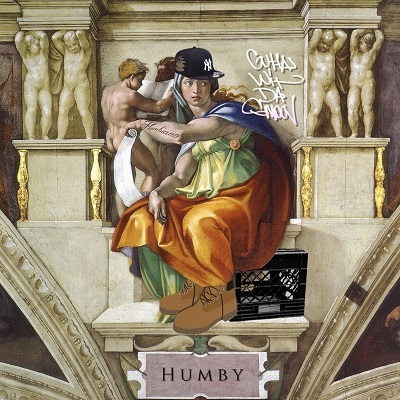 Westside Gunn – “Pray For Paris” (WestsideGunn.Com) – 2020 was a big year for the Griselda camp, with multiple releases from the Buffalo-based crew landing with maximum impact. Of the three full-length efforts from WSG, “Pray For Paris” was the one that worked best for me as a cohesive body of work, with production from the likes of DJ Muggs, Daringer and Camouflage Monk setting a sonic tone for the project that fully complimented Gunn’s distinctive voice and unique delivery.

UFO Fev & Termanology – “From El Barrio, With Love” (UFOFev.BandCamp.Com) – The second of three brilliant 2020 releases from East Harlem’s UFO Fev, this seven-track EP found the NY artist calling on the production talents of Termanology, who came through with a quality batch of captivating musical gems. Rhyming with the attitude of an emcee fully aware of his own greatness who wasn’t prepared to wait for the rest of the world to catch up, Fev further proved himself to be an essential figure in the Rotten Apple underground. 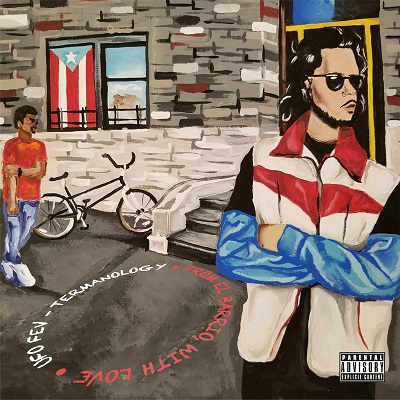 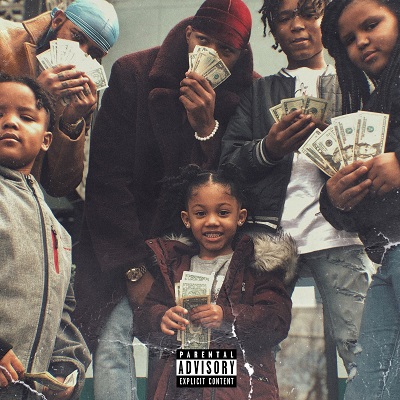 Juga-Naut & Micall Parknsun – “Twelve Bricks” (JugaNaut.BandCamp.Com) – Using their 2017 “Six Bricks” EP as the sturdy foundations for this full-length collaboration, Nottingham’s Juga-Naut and London’s Micall Parknsun once again proved themselves to be master builders of quality Hip-Hop. A brilliantly matched partnership, this album really felt like a genuine joint effort, with the end result ensuring there would definitely be an appetite from fans to hear the pair working together again in the future. 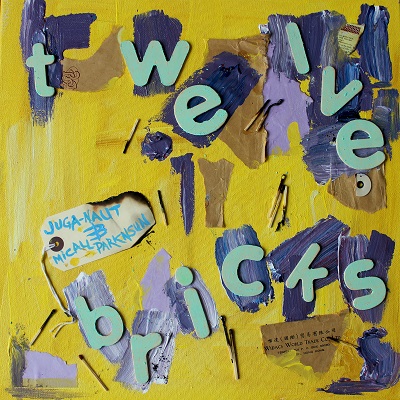 Sa-Roc – “The Sharecropper’s Daughter” (Sa-Roc.Com) – A lyrical force of nature, Washington DC-born, Atlanta-based artist Sa-Roc delivered arguably the best album of her career so far with this largely Sol Messiah-produced release. Packed full of verses that demanded to be listened to, studied, processed, then rewound and listened to again, “The Sharecropper’s Daughter” was a masterclass in emceeing. When Sa-Roc says on “Hand Of God”, “I’m tryna leave a Hip-Hop classic”, that was clearly a mission statement and not just an empty promise. 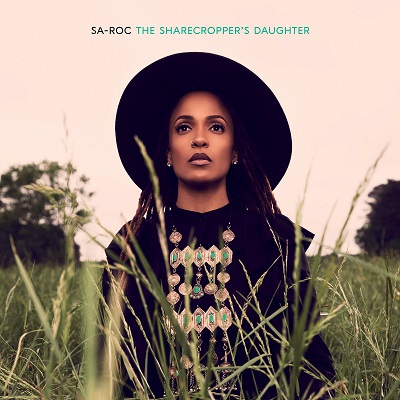 Blimes and Gab – “Talk About It” (BlimesAndGab.Com) – This thoroughly entertaining debut from San Francisco / Seattle duo Blimes Brixton and Gifted Gab was the sound of two experienced artists completely in control of their creativity coming together to make a bold statement through music. Drawing on an eclectic selection of sonic influences, the pair’s larger-than-life personalities ultimately held this album together, with their infectious blend of lyrical expertise, sassy wit and humour endearing them to listeners and making the pair feel like old friends.

The Cornel West Theory – “By The Time I Get To Minnesota” (TheCornelWestTheory.BandCamp.Com) – No strangers to making thought-provoking, outspoken Hip-Hop, Washington DC’s The Cornel West Theory responded to the events of 2020 with urgency on this release, confronting white supremacy, police brutality and political corruption throughout the EP in no uncertain terms.

Black Thought – “Streams Of Thought Vol. 3: Cane & Abel” (RepublicRecords.Com) – At this stage, Black Thought’s position as one of the greatest emcees of all-time should really be unquestionable. This was the opinion of many long before the infamous Funkmaster Flex freestyle, but that breath-taking performance definitely opened more eyes and ears to the Philly legend’s incredible talent, which has also coincided with an increase in Thought’s musical output. This third (largely Sean C-produced) volume of the “Streams Of Thought” series was another lyrical tour de force from one of Illadelph’s finest, bombarding listeners brain-cells with a barrage of powerful verses.

Agallah & Sadat X – “The Gods Have Arrived” (Agallah.BandCamp.Com) – Celebrating a friendship that began in the early-90s as well as a time in Hip-Hop when skills and reputation meant everything, Rotten Apple veterans Agallah and Sadat X decided it was time to build and put together this collaborative release, delivering Five Percent-inspired knowledge whilst handing out lyrical speed-knots to non-believers. New York straight talk in full effect.

Shaolin Drunk – “Raw Feeling” (HeavyDrums.BandCamp.Com) – Echoing horns, melodic vibes and dusty beats could be found in abundance on this release from Brazil-based producer Shaolin Drunk. Sounding like a lost collection of instrumentals off the best 90s underground singles you’ve never heard, Drunk not only captured the style of that period but also injected his music with feeling and soul, two qualities that can sometimes be missing when present day producers attempt to pay homage to the generation of golden-era music makers that influenced them. 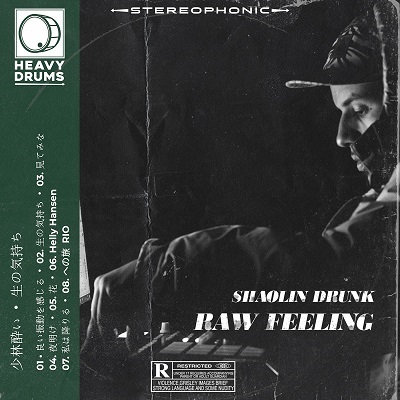 Knowledge The Pirate – “Family Jewels” (TuffKongRecords.BandCamp.Com) – The illustrious Pirate set sail on his third full-length collection of street-related stories, all delivered in his trademark been-there-done-that-you-don’t-impress-me tone and matched with the subtle sonic drama of producers E.L.E.M.N.T and Cuns. A master of creating mood in his music, Knowledge’s latest was full of vivid, cinematic crime-side rhymes that turned your third-eye towards a shadowy world of risk and suspense.

Wish Master – “The BULL (The Best Underrated Living Legend” (WishMaster.BandCamp.Com) – The Bristol-based emcee approached his third release with “more than hunger” as he blessed beats from Ral Duke, Chimera and Van Dam with autobiographical, word-weary rhymes laced with life lessons. A captivating, accomplished collection of beats and rhymes. 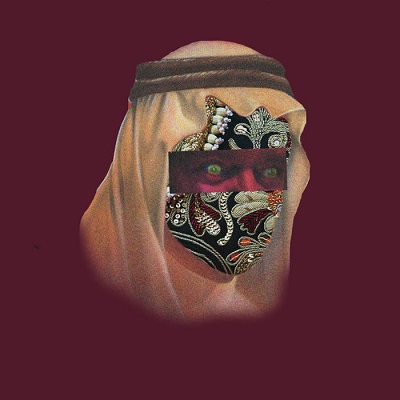 Kadeem – “Passing Exchange” (ItsKadeem.BandCamp.Com) – Heavy-mental wordplay from the Boston lyricist could be found here, accompanied by smooth, understated production from No.Pulp, USeeIt, Jeff Alan Gore and more. This five-track EP may have been short in length, but Kadeem definitely put the time to good use, skilfully finding seats for listeners on his train of thought, piquing our interest and ensuring heads would be waiting to join him on his next musical journey. 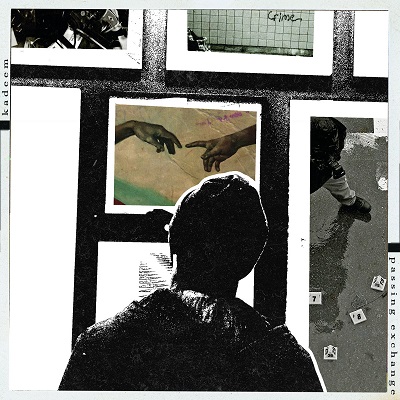 Spain-based duo Swet and N-Wise link with Diggin’ In The Crates affiliate Milano for this smooth, hypnotic head-nodder. 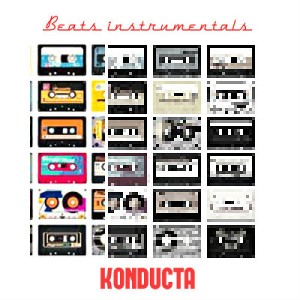 Barcelona-based producer Konducta brings some Spanish heat on this lengthy beat tape, displaying a real talent for being able to capture a variety of moods through his sample-heavy work.