Continuing to fight the power as they’ve always done, the mighty PE crew deliver a rightfully scathing attack on the Trump administration, with Chuck D once again demonstrating why he remains one of Hip-Hop’s most important voices.

The Public Enemy legend voices his opinion on the current occupier of the White House throughout this Carl Ryder-produced cut off his new “Celebration Of Ignorance” album.

Australia’s DJ Bacon pulls together four of his epic previously-released megamixes on this quality EP celebrating the work of Run-DMC, the Beastie Boys, Public Enemy and Ice-T,  with each mix containing over 100 samples painstakingly pieced together to create an eventful journey into sound.

The PE crew take it to the hoop on this cut produced by MF911’s Antlive. 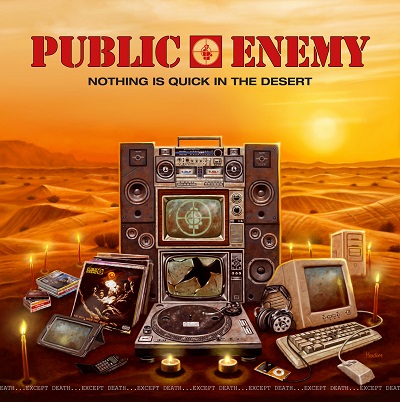 Three decades after the release of their debut album “Yo! Bum Rush The Show”, the mighty PE crew continue to bring the noise by dropping a free project entitled “Nothing Is Quick In The Desert”.

The Public Enemy legend celebrates the 20th anniversary of his 1996 solo album “Autobiography Of Mistachuck” with new visuals from the project.

LEX – “Break The Pattern” (LEXOfSinistahCircle.BandCamp.Com) – Frantic and fast-paced, this fourteen-track EP (yes, fourteen tracks!) found the Queens, NY emcee delivering short, sharp displays of lyrical dexterity over bursts of dusty breakbeats. Raw, rugged and fuelled by the essence of old-school Rotten Apple park jams, “Break The Pattern” showcased LEX as an artist who is as passionate about respecting the culture of Hip-Hop as he is about  knocking out his competition. 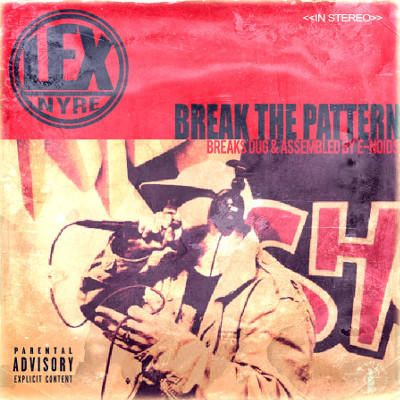 Equipto & Otayo Dubb – “Baby Steps” (Solidarity Records) – The West Coast has always had a rich, creative underground scene and this collaborative effort from Bored Stiff’s Equipto and fellow Cali representative Otayo Dubb is a worthy addition to a musical timeline that includes the likes of Freestyle Fellowship, Likwit Crew and Hieroglyphics. Poignant life observations and verbal showmanship were combined here with expert precision, resulting in an album that was as sincere and earnest as it was entertaining.

Life MC & Badhabitz – “Deep In The Trenches” (SplitProphets.BandCamp.Com) – Longstanding UK lyricist Life proved once again why he’s considered one of the most consistent emcees to have emerged from British shores with this uncompromising release produced by Split Prophets’ Badhabitz. Accompanied by a sample-driven selection of radio-unfriendly beats, Life flexed his trademark punchline-heavy flow with the type of confidence that only worldly experience can bring, covering topics such as Hip-Hop stereotypes, misguided celebrity worship and institutional racism. 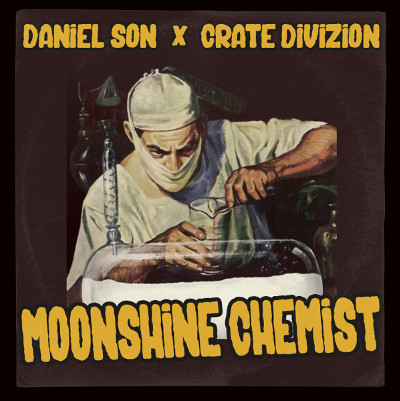 Figub Brazlevic & Teknical Development – “The Everyday Headnod” (Vinyl Digital) – This joint effort from Berlin producer Figub and London lyricist Tek was easily one of the most well-crafted releases of 2015. Combining jazzy, full-bodied boom-bap with intricate, intelligent verses, the two Man Of Booom members delivered an album with real creative depth that was both life-affirming and speaker-rocking.

DJ Pressure Presents The Old Boys Club – “Revival Of The Real” (DJPressure.BandCamp.Com) – Manchester, England’s DJ Pressure pulled together a huge global collective of true-school representatives for this epic compilation project. Featuring appearances from Chuck D, Ruste Juxx, Da Buze Bruvaz’ CleverOne and more, this project truly lived up to its title by delivering a hard-hitting collection of beats and rhymes from individuals totally disinterested in pandering to mainstream trends.

R.A.W. (Problemz & DJ Skizz) – “Right Amount Of Wrong” (Soulspazm) – Having been a fan of Brooklyn’s Problemz since his 90s work with the likes of DJ Honda, Al’ Tariq and Black Attack, it was a real pleasure to hear the NY emcee sounding like he hadn’t missed a beat on this dope EP, lacing the moody production of DJ Skizz with a barrage of gritty BK wordplay that was both hardcore and refined. 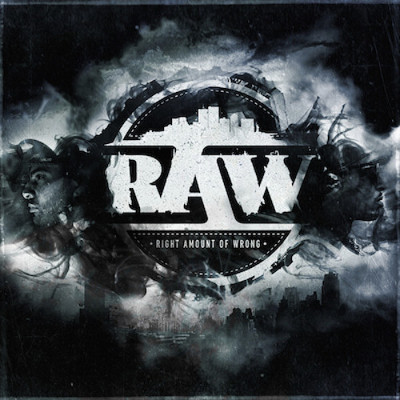 Adrian Younge & Ghostface Killah – “12 Reasons To Die II” (Linear Labs) – Although sequels are often known for not living up to the impact of their predecessors, this follow-up to West Coast music man Younge’s 2014 collaboration with the mighty Toney Starks actually improved on the formula of the original “12 Reasons…”. Set in 1970s New York and based around a crime-riddled cinematic plot, “…To Die II” found the Wu warrior once again attacking an impeccable selection of live, analog soundscapes with his detailed story-telling skills.

Denmark Vessey – “Martin Lucid Dream” (Rappers I Know) – Displaying a brilliant artistic mind, Detroit-raised Vessey mixed a gritty, realistic worldview with an eloquent delivery and the thump of soulfully distorted production on this eight-track masterpiece. Featuring appearances from Guilty Simpson, Tanya Morgan and Black Milk, there was a genuinely timeless appeal to this EP which was both inspiring and thought-provoking.

Aim & QNC – “The Habit Of A Lifetime (And How To Kick It)” (Atic Records) – Veteran UK producer Aim and NY duo Q-Ball & Curt Cazal built on a longstanding sonic chemistry that dates back to the 90s with this long-awaited project. With both Aim and JVC Force member Cazal sharing production duties, Q-Ball had plenty of sample-based flavour to take advantage of, with both a Grand Puba collaboration and a dope Guru tribute ensuring this album’s true-school value was through the roof.

People Under The Stairs – “The Gettin’ Off Stage, Step 1” (Piecelock70) – At this stage in their career, West Coast natives People Under The Stairs surely deserve to be classed as one of Hip-Hop’s greatest ever duos. Having remained consistent in terms of both quality and quantity since their late-90s debut, Thes One and Double K’s already-extensive discography was further expanded with the release of this quality EP. Packed with more of the feel-good funk the pair have become known for, this project proved that, almost twenty years since they first dropped on wax, the pair still sound as fresh and enthusiastic as ever. 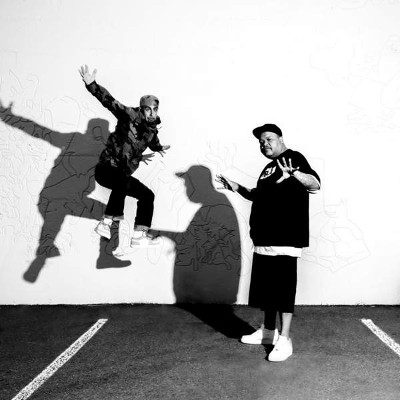 Public Enemy – “Man Plans God Laughs” (SpitDigital) – After Melle Mel in his 1980s prime, Chuck D ranks as arguably the most authoritative voice in Hip-Hop of all-time. Showing no signs of letting-up their attack on the establishment almost thirty years after Public Enemy’s Def Jam debut, the legendary group returned in 2015 with yet another dose of potent edutainment, proving that Strong Island’s self-proclaimed rhyme animal still isn’t ready to be caged. 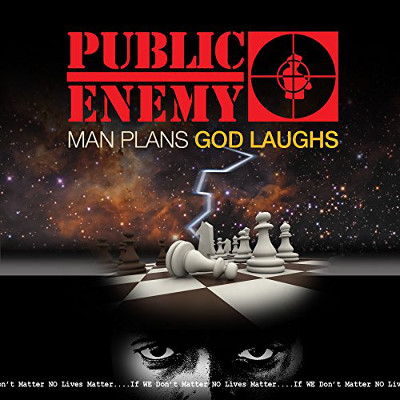 Illinformed – “The Mould Tape” (Real Life Drama Records) – Whilst this album contained a lengthy list of talented UK emcees, including Leaf Dog, Sonnyjim and Verb T, it was music man Illinformed’s impeccable work behind the boards that really elevated the project above being simply just another producer-based release. Heavy drums, obscure samples and dense b-lines were the order of the day here, ensuring that, regardless of its title, “The Mould Tape” was anything but past its sell by date.

Hus Kingpin & SmooVth – “Splash Bros” (Splash Bros) – The Hempstead, NY homeboys showcased their undeniable rhyming chemistry on this effortlessly dope EP. Backed by a selection of mellow, melodic soundscapes from the likes of Audible Doctor, J57 and Twiz The Beat Pro, the duo shot straight three-pointers throughout this release, with SmooVth’s sharp barbs and Kingpin’s more ominous flow creating a captivating combination which demonstrated why they’re considered two of the best emcees to have emerged from the East Coast in recent years. 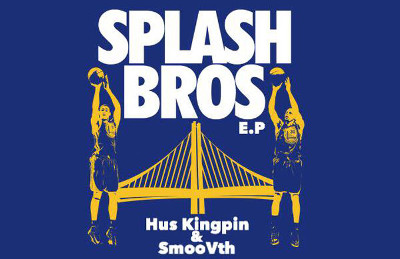 Dell-P – “A New Beginning” (WhoMag Distribution) – Clearly an emcee with something of substance to say, Philly’s Dell-P packed this lengthy album with plenty of food for thought, touching on a variety of social issues with both maturity and insight. Yet to simply label this Illadelph lyricist as a ‘conscious’ artist would be too easy, with this project proving Peezie to be a truly well-rounded artist, grounded in the traditions of Hip-Hop culture and bringing something genuine to the game.

OC From NC – “Higher Learning” (OCFromNC.BandCamp.Com) – Bringing his own brand of street knowledge to the forefront on this soulful-yet-rugged album, North Carolina’s OC rhymed like a man with real purpose here, grabbing the listener’s attention with a mix of authority, intelligence and wit. Personal and passionate, “Higher Learning” was quality down-to-earth Hip-Hop that hit you in both the head and the heart.

Sean Price – “Songs In The Key Of Price” (Ruck Down Records) – Although this release was neither an official album or EP, as a nod of respect to the late, great Brooklyn emcee, it’s only right that the final mention in Old To The New’s best-of-2015 list goes to Sean P’s  “Songs In The Key Of Price”. Thirty-tracks deep and drenched in grimy New York attitude, this mixtape showcased everything that was brilliant about the Heltah Skeltah member’s unapologetically hardcore approach to his craft. RIP Sean Price! 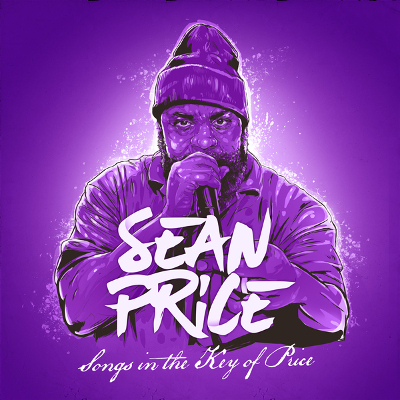 The mighty PE deliver striking visuals for the title track of their latest album which is available to order here.

The Public Enemy-affiliated collective offer up a funky reinterpretation of a militant 80s classic from their album “It’s Back To A Million Of Us To Hold A Nation”.

Tagged It's Back To A Million Of Us To Hold A Nation, Public Enemy, Spit Digital, the baNNed