Taken from the album “The Diam Piece 2”.

Erick and Parrish run through a collection of their 80s / 90s classics unplugged-style during a visit to Chicago.

The Funk Doc gets busy over Erick Sermon production on this lead single from his forthcoming project “The Preload”.

TVOne continue the brilliant “Unsung” documentary series by looking at the storied career of legendary Strong Island duo EPMD with appearances from Redman, DJ Scratch, DMC and Keith Murray – relive some Golden Era memories with one of the greatest Hip-Hop groups of all-time here.

After the Hit Squad reunion show in NYC earlier this year, I for one was hoping that particular line-up of EPMD, K-Solo, Redman and Das EFX might have seen fit to bless their European fans with their combined golden-era glory. Unfortunately, however, that was not to be, with only the Green-Eyed Bandit and the Mic Doc reaching UK shores recently for their second visit in just over a year, this time choosing to perform two shows at the brilliant Jazz Cafe venue.

After DJ Scratch had tested the turntables and amused the crowd with his reserved “jazz voice”, Erick and Parrish rushed the stage to the 90s jeep beats of the pounding “I’m Mad”, both decked out in all black with E sporting his standard head sweatband and PMD rocking the trademark fisherman hat.

Barely giving the crowd time to breathe, the duo dropped their timeless true-school anthems “Strictly Business”, the Zapp-sampling “You Gots To Chill” and their debut 1987 single, performing both “It’s My Thing” and the flipside “You’re A Customer”, with that particular track’s crisp production sounding particularly fat over the Jazz Cafe’s crystal clear sound-system.

Pausing only to give each other a pound and revel in the crowd’s enthusiastic reponse, the pair’s wide smiles and playful behaviour indicated that, even after a quarter of a century on wax and a dramatic early-90s break-up, the childhood friends still possess an undeniable bond that obviously goes deeper than simply hitting the road every once in awhile to dust off the EPMD back catalogue and pay some bills.

The constant good-natured banter between the duo also extended to their interaction with the crowd, with E-Double persistently reminding the audience “I’m Erick Sermon and that’s Parrish Smith” for the benefit of any “youngsters who might have snuck in.”

Leaving the stage for a short time to allow DJ Scratch to impressively showcase some of his well-known turntable tricks, the Long Island lyricists soon returned and continued working through banger after banger. The twosome play-acted their way through the 1988 skeezer tale “Jane”, gave a forceful performance of “So What Cha Sayin'” and preceded the bass-heavy “Gold Digger” with a sermon from Sermon about the 1990 single being the inspiration for Kanye West’s hit of the same name.

Taking a moment to address their solo careers, Erick stated that the pair don’t usually perform their own individual material at EPMD shows, but as fans had apparently made requests as they entered the venue he encouraged PMD to drop his head-knocking 1996 single “Rugged-N-Raw”, following which Smith joked, “Yo, E, can you perform “Hostile” now?”, referring to the track that introduced Keith Murray to the masses on Erick Sermon’s 1993 solo debut “No Pressure” (the Funk Lord did in fact perform a track of his own, the Marvin Gaye-sampling crowd favourite “Music”, later in the show).

Although the legendary partnership stuck to the usual script of encouraging the crowd to “continue supporting real Hip-Hop” and repeating how much they loved performing in the UK, the intimate atmosphere of the relatively small Jazz Cafe did lend the performance a spontaneous, improvised feel.

Following the night’s finale, a short two-man version of the Hit Squad posse cut “Head Banger”, the pair should have left the stage to the sound of DJ Scratch cutting up the 1970 Roy Head breakbeat “She’s About A Mover”. But as Erick made his way up the venue’s stairs to the comfort of the dressing room, PMD just couldn’t tear himself away, staying to drop verses from “The Symphony 2000” and “Get The Bozack” as Scratch went back-and-forth on the turntables.

Personally, I would have also liked to have seen Erick and Parrish performing their “Juice” soundtrack banger “It’s Going Down” and the 1992 b-side sureshot “Brothers From Brentwood L.I.”. But when virtually every track on the night’s set list was a certified Hip-Hop classic, EPMD, once again, didn’t really leave people much to complain about.

Footage of Erick and Parrish running through some of their classics during a performance at Boston’s China Pearl. 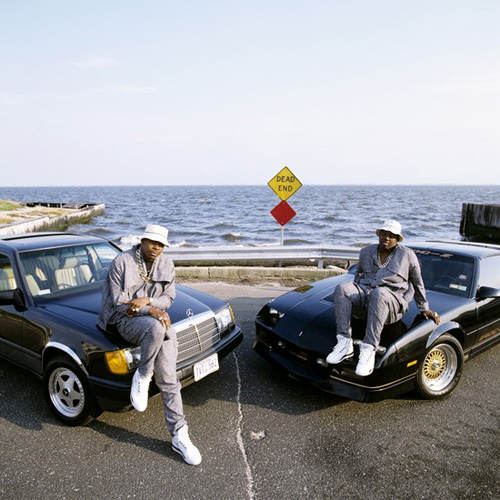 When it comes to Hip-Hop’s most cherished acts, Long Island’s EPMD stand amongst the greats. Capturing the imagination of rap fanatics in the late-80s with their slow-flow rhyme style and penchant for digging in the funk crates for sample material rather than plundering James Brown like many of their contemporaries, Erick Sermon and Parrish Smith dropped a string of classic singles from equally impressive albums such as their 1988 debut “Strictly Business” and my personal favourite, 1990’s Def Jam-released “Business As Usual”. But not only did the Green-Eyed Bandit and the Mic Doc bless heads with their own dope material, they also introduced a wealth of talent to the rap world in the form of original Hit Squad members Redman, K-Solo and Das EFX. Yet the duo’s reign on the top was followed by a messy break-up, patchy solo careers and what some fans felt was an underwhelming reunion in the late-90s. But regardless, Erick and Parrish remain Hip-Hop legends, and there were plenty of fans willing to fill a sizeable London venue on a cold, wet Saturday night to witness two of their rap heroes performing some of the game’s most recognized joints.

Considering the event was advertised as finishing at 11pm, it really did seem like a trip back in time when by 10:15pm there was still no sign of EPMD, a fact that probably gave plenty of older heads in attendance flashbacks to catastrophic UK performances and no-shows from the likes of Busta Rhymes, Onyx and Wu-Tang. Although Rodney P & Skitz had done their best to entertain the crowd as support, and host Big Ted managed to keep things upbeat, a collective sigh of relief could almost be heard rippling through the place when just before 10:30pm long-time EPMD affiliate DJ Scratch took his position behind the turntables to introduce the duo. As the lights dimmed over the smoke-filled stage and the opening helicopter sound effect of the pair’s 1987 debut “It’s My Thing” fluttered from the speakers, the sight of two hoodie-clad silhouettes prompted a roar of approval as PMD launched into the 24-year-old track’s opening lines. With barely a pause the twosome ran through the Zapp-sampling “You Gots To Chill” and the timeless “Strictly Business”, before exiting the stage to allow Scratch to showcase some of the skills that have led to him winning various deejay competition titles over the years.

Back onstage, Erick and Parrish proceeded to rock back-to-back sure-shots from their hefty catalogue, including the chest-thumping “So Wat Cha Sayin”, the brilliant Faze-O-sampling “Please Listen To My Demo” and their 1997 comeback single “Da Joint”. By this time people were checking their watches, as the supposed 11pm curfew was only minutes away, but thankfully the show wasn’t over, with the pair going on to deliver a solid hour-long performance.

Watching Sermon and Smith work the stage like true veterans, it was clear to see they still have chemistry, but you couldn’t help but wonder whether the drama that surrounded the pair’s early-90s break-up still holds any influence over their relationship dynamic, or if the two 40-somethings had truly put the events of 20 years ago behind them? There definitely appeared to be a lot of genuine camaraderie on display, and if either one is still haunted by ghosts of the past, it didn’t show on this particular night.

That said, there were subtle differences between the pair’s individual approaches to the performance. PMD appeared totally at ease onstage, displaying the calm confidence of someone with little to prove to the world, secure in the knowledge that his place in rap’s history books is unquestionable. Sermon, however, seems to have some issues about whether or not he’s given enough credit for his achievements, pre-cursing many of the night’s tracks with a snappy “Pay attention young people” and, minutes after chastising today’s money-orientated artists, feeling the need to state “Don’t get it twisted, I’ve been paid since 1990, none of those dudes can f**k with me.” Erick also got a little antsy when only a handful of the crowd joined in singing along to the Rick James 80s weed anthem “Mary Jane”, claiming “Well, Rick James is kinda old, I bet it’d be different if it was some Justin Bieber sh*t.” Which seemed a little strange when the majority of the audience appeared to be 30-plus.

But Sermon’s somewhat misguided tirades aside, the show was a definite success. So often performances from rap’s elder statesmen run the risk of being nothing more than someone going through  the motions in an attempt to relive past glories, yet EPMD brought an energy and charisma to the stage that could not be denied. The only disappointment was that Redman and K-Solo didn’t run out from backstage to assist the brothers from Brentwood in their closing rendition of “Headbanger”, arguably the greatest posse cut known to man.

All About Their Business – EPMD

Day Sixteen of “Month Of Madness” – Produced by Erick Sermon.

For My People – EPMD

Footage of Erick & Parrish performing their classics “Rampage” and “Crossover” in NYC earlier this week. 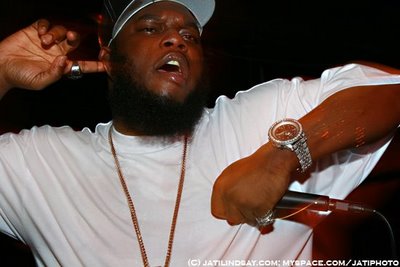 Day Ten of “Month Of Madness” – Produced by Erick Sermon.

From the forthcoming album “We Mean Business”.