Saint and Emskee of NY’s Good People team-up with Leaders Of The New School’s Dinco D and Charlie Brown for this lively single off the forthcoming album “A Good Year”.

NY’s Saint and Emskee return with a horn-laced head-nodder from their forthcoming album “A Good Year”.

NY’s Saint and Emskee join forces with the legendary Masta Ace for this quality dose of vibrant, true-school flavour off their new Shar The Analog Bastard-produced EP “The Fall Back”. 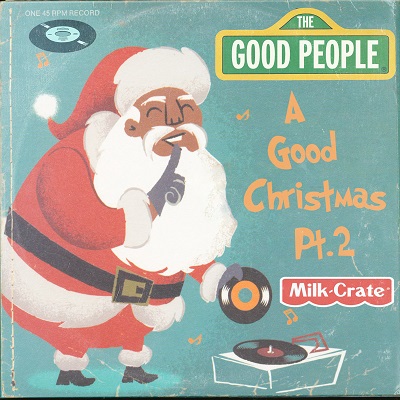 Seasonal vibes from NY’s Saint and Emskee off their forthcoming release “The Winter EP”.

The Good People ft. MXNXPXLY Family – “A Summer Night At The Symphony” (@BelowSystem / 2019)

Having started the year off with the January release of their impressive album “Good For Nuthin'”, longstanding NY duo Emskee and Saint return with a dope posse cut off their new release “The Summer EP”, featuring John Jigg$’ MXNXPXLY crew assisting on mic duties.

The three veteran underground emcees get busy over the loose live funk of France’s ALVO outfit.

The UK producer leaks a dope posse cut from his “Live At The Throwdown” EP which drops as a vinyl and digital release this coming Monday. 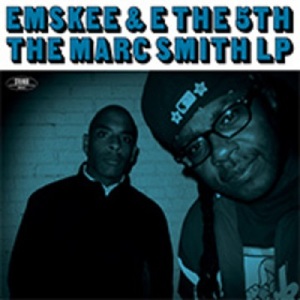 Emskee of The Good People teams-up with Brooklyn’s E The 5th for the rough, rugged and raw album “The Marc Smith LP” dropping next month on UK imprint Diggers With Gratitude – check the flavour here.

Dope reworking of an EPMD classic taken from the limited vinyl-only compilation “DWG Sampler One (A Journey Through The Crates)”.

With a slew of projects already under their respective belts, both collaborative and solo, it should come as no surprise to anyone already familiar with NY’s Emskee and Saint to hear that the duo’s latest release is another accomplished collection of quality true-school Hip-Hop.

With the DWG crew having already released a limited edition eight-track “Gone For Good” vinyl EP last year, this full-length effort almost doubles the track-listing, expanding what was already a satisfying listening experience into what is sure to be one of 2013’s stand-out albums.

Rooted in the sample-based, drum-heavy sound of golden-era East Coast Hip-Hop, Emskee and Saint’s shared love of the boom-bap is obvious throughout “Gone For Good”, but, as always, the duo look to build on their musical influences rather than simply emulate them.

The Phife-sampling “How I Represent” boasts a breezy Saint beat reminiscent of something a Lord Finesse might have given an AK Skills back in the mid-90s, all knocking drums, melodic chimes and echoing horns, with Emskee dropping forthright verses about a present-day rap game in which “everybody wants to rhyme and shine instant” without studying their craft.

A well-placed CL Smooth vocal hook is a nice addition to the hypnotic keys heard on the Spectac-assisted “Make Believe”, whilst the upbeat “Work Release” seeks to offer some light relief from the daily nine-to-five grind, as the duo juggle the relative security and guaranteed monotony of a regular day job with their creative aspirations.

The jazz-infused “The Theory” finds Emskee and Saint challenging music fans who follow trends to think for themselves, whilst also highlighting the situation the duo find themselves in regarding the large amount of support they receive overseas compared to back home in the States (“They know me out in Japan, Better than they do in New York…Long-story short, While you’re stuck in this kangaroo court and holding fort, We’re overseas doing imports…”).

Nick Wiz of Cella Dwellas / Rakim fame lends his production talents to the soulfully smoothed-out “Let Me Be The One”, with the Good People taking the opportunity to drop something sincere and heartfelt for the fairer sex.

Full of rewind-worthy beats and rhymes from beginning to end, hopefully this album’s title “Gone For Good” is simply a play on words rather than a statement of fact, as the Hip-Hop world is definitely a better place for having talented individuals like Emskee and Saint contributing to it.