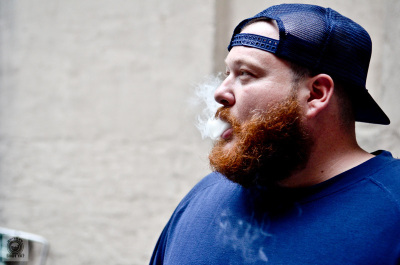 NY emcee Action Bronson’s rise through the rap underground has been as steady and organic as it has been well-deserved and, in hindsight, perhaps expected. Although the rapper arrived amidst Ghostface comparisons, it quickly became clear that Bronson was very much his own man, an individual who appeared to be a fully-formed artist in his own right bursting with personality. His 2011 project “Dr. Lecter” (produced by Manhattan’s Tommy Mas) has quickly become a cult classic and is largely the album responsible for ensuring this particular stop on Action’s European tour sold out almost immediately.

Making his way to the stage from the rear of the small venue like a champion wrestler, the electricity in the air generated from the amped crowd proved that the rapper may be small in stature, but he’s definitely big in terms of presence. With the audience literally approaching levels of hysteria, Bronson lumbered onstage to join Tommy Mas, arms aloft, smiling from ear to ear like someone who is fully aware that their time has arrived.

Proving himself to be a true man of  the people, instead of ignoring or rejecting the drunken audience member who’d found his way onstage prior to his arrival, the Outdoorsmen member simply allowed the boisterous fan to hug him and exchange pounds, laughing as he led the crowd in chants of “Bronson! Bronson!”, before playfully asking “Who the f**k are you?!”

Seconds later the Queens representative launched into the brilliant “Shiraz”, shouting “I’m comin’ in…” before making his way into the crowd and being immediately drowned in a sea of hands, all high-fiving, back-patting and head-rubbing. With Bronson at the back of the venue by the track’s end, the announcer’s voice on the intro of the neck-snapping “Barry Horowitz” led to a further explosion of enthusiasm from the audience, with Bronson virtually being mobbed by fans as he rapped his way back towards the stage, taking pictures, hugging girls and wiping sweat from his face, but remaining on-beat and clear with his delivery at all times.

With members of the audience defying venue regulations and lighting up that sticky-icky, Bronson was offered a fair share of herbal treats to partake in. “Is that tobacco in there?” he asked repeatedly, before finding someone who was offering something a little purer that suited his tastes. Having already admitted to being both tired and stoned, the further smoke inhalation did nothing to hinder the rapper’s ability to perform, as he continued to hit every word in every line of his verses. Both the anthemic “Brunch” and Statik Selektah-produced “Respect The Mustache” were delivered with gusto.

Reaching the end of his set but aware the crowd were still hungry for more, Bronson consulted Mas’s onstage laptop before deciding to drop “Hookers At The Point” from his latest “Blue Chips” project, ad-libbing the track’s hilarious pimp talk before stating it was time to “get the f**k out, go to the hotel and sleep.”

With the rowdy, unpredictable crowd, tightly-packed venue and high energy levels, the 45-minute set was reminiscent of some of the memorable shows of the 90s in places such as London’s Subterranea. Action Bronson delivered on all fronts, both in terms of his performance and his willingness to interact with fans, giving everyone a handful of real rap memories to take home with them.

I, for one, left the gig with scuffed Timberlands, a burnt arm from someone falling into me with a lit joint, and a beer-stained t-shirt, but I wasn’t even mad.

Evidence – “Cats & Dogs” (Rhymesayers Entertainment) – With over a decade of credible music already under his belt as both a member of Dilated Peoples and as a solo act, West Coast wordsmith Evidence could easily have churned out a collection of standard underground bangers and still received praise from his cult fanbase. Yet the weather-obsessed emcee attacked his sophomore set like he was introducing himself to the rap world all over again, using the album as an opportunity to dig into some personal issues (not least the loss of his mother) plus go line-for-line with heavyweights such as Raekwon, Ras Kass and Roc Marciano.

Beneficence – “Sidewalk Science” (Ill Adrenaline Records) – With quality production from Diamond D and appearances from Organized Konfusion’s Prince Po, Money Boss’s Lord Tariq and D.I.T.C. affiliates The Legion, this fourth album from long-standing New Jersey lyricist Beneficence appeared on the surface to be a mid-90s musical time capsule. Yet the East Coast emcee’s passion for wordplay and ear for choice beats gave this project an energy that prevented it from merely sounding like a walk down memory lane. 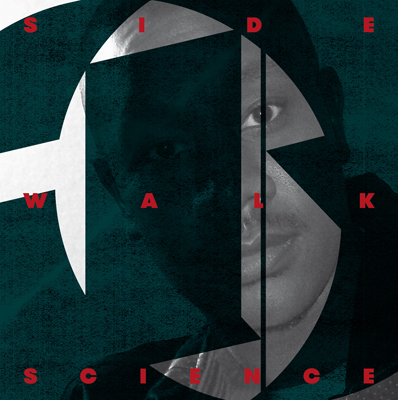 Truth By Design – “Timeless” (TBD Music) – On this extremely impressive EP, Toronto trio Mizery, DJ Lupan and DTKS stuck their flag into the rap landscape and challenged one and all to test their battle-hardened beats and rhymes. Showcasing each members undeniable skills, this release left listeners craving to hear more of the Canadian crew’s correct techniques. 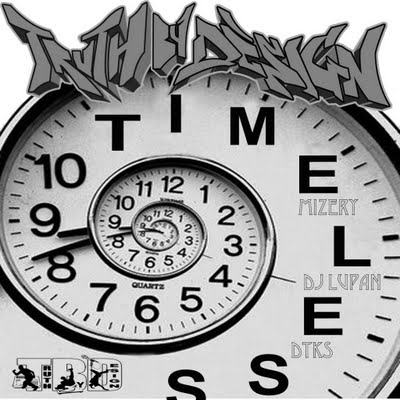 Phonte – “Charity Starts At Home” (The Foreign Exchange Music) – As self-assured and savvy as ever, Little Brother’s Phonte effortlessly blended his dual passions for rhyming and singing on this confidently executed project which found the North Carolina emcee reuniting with 9th Wonder on a number of tracks to ponder life, love and relationships. 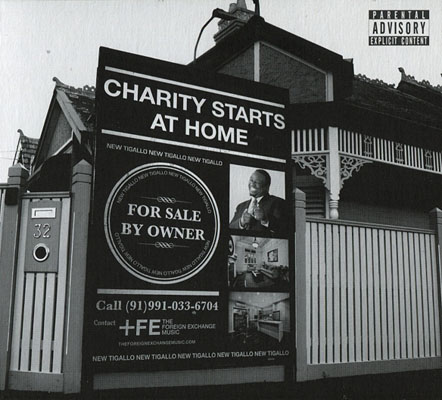 Jehst – “The Dragon Of An Ordinary Family” (YNR Productions) – Following a brilliant online promo campaign, UK producer-on-the-mic Jehst’s latest album lived up to the hype in no uncertain terms, with the London-based artist approaching obvious subject matter such as racism and the war on terror in unobvious ways. Backed by a tight selection of beats from the likes of LG, Beat Butcha and Mr. Thing, Jehst’s sweeping poetic strokes proved once again why he has long been considered one of the greatest talents to emerge from the UK Hip-Hop scene.

Neek The Exotic & Large Professor – “Still On The Hustle” (Fat Beats) – No surprises, no frills, no gimmicks, this long-awaited full-length collabo between longtime friends Neek and Extra P delivered exactly what fans expected from it – straight-forward ego-trippin’ rhymes over dusty, boom-bap beats with both parties involved wearing their golden-era influences on their sleeves.

Tanya Morgan – “You & What Army” (TanyaMorgan.Net) – Having quietly yet confidently carved out their own niche in the world of underground Hip-Hop with a string of strong releases, this latest EP from TM found the trio cut to a duo with Ilyas leaving Donwill and Von Pea to continue the crew’s legacy. Rising to the challenge, this memorable effort assured fans that a change in line-up didn’t mean a change in quality, with Don and Von rocking entertaining, relatable rhymes over a selection of smooth, funk-fuelled beats. 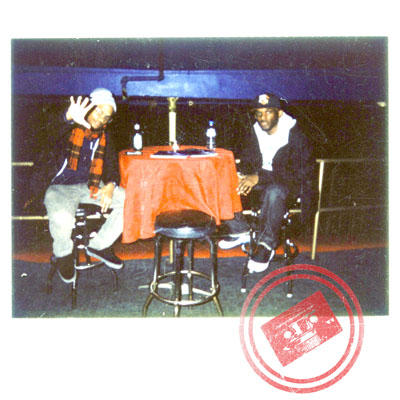 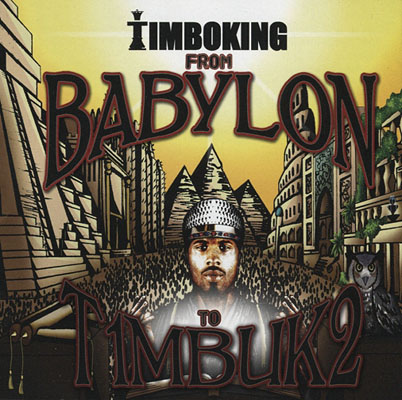 The Queens emcee lets his inner serial killer out in this latest video from his recent “Dr. Lecter” album – not for the faint-hearted.

Cook It Up! – Action Bronson

Action Bronson on KarmaloopTV talking about his recent album “Dr. Lecter” and the possibility of giving up rapping for cooking.

I’m just waiting for the day Bronson does a track with Ghostface!!!