To accompany a new interview with DITC-affiliated producer Eric Blaze (aka E Blaze), French website Concupourdurer.Com have dropped a mix of the talented beat-digger’s work with the likes of A.G., O.C., KRS-One and more.

The crew at France’s ConcuPourDurer.Com pay homage to one of the greatest emcees of all-time, pulling together an air-tight selection of gems from Diggin’ In The Crates legend OC’s extensive discography.

Boston’s Akrobatik has been dropping quality, true-school Hip-Hop for over fifteen years now, first catching our attention with singles such as 1998’s “Ruff Enuff” and 2000’s cult classic “Internet MC’s”, before going on to release full-length projects both as a solo artist and as a member of The Perceptionists alongside Mr. Lif and DJ Fakts One.

Now returning with another quality collection of intelligent, head-nodding Hip-Hop, Ak’s “Built To Last” finds the talented wordsmith attempting to lead by example in a rap world which appears to place less emphasis on genuine skill and lyrical content as each day passes.

The veteran microphone fiend teams-up with fellow Boston emcee Dutch ReBelle on this soulful SlopFunkDust-produced head-nodder from the forthcoming album “Built To Last”. 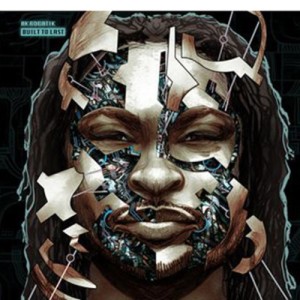