Former CunninLynguists member Mr. SOS offers both lyrical substance and a nod of respect to the mighty A Tribe Called Quest on this warm, jazzy track produced by Maxamill.

Produced by Iz Avalah and taken from the album “OxTales”.

Personal rhymes from the Cali emcee on this Science-produced track from his new EP “Dance On My Grave”.

Produced by Sirplus and taken from the album “Play This 2”.

LA’s Pawz One and Boston’s Akrobatik join forces over the solid, melodic beats of Germany’s DJ Dister off the forthcoming album “Watch & Learn”.

The Good People ft. MXNXPXLY Family – “A Summer Night At The Symphony” (@BelowSystem / 2019)

Having started the year off with the January release of their impressive album “Good For Nuthin'”, longstanding NY duo Emskee and Saint return with a dope posse cut off their new release “The Summer EP”, featuring John Jigg$’ MXNXPXLY crew assisting on mic duties.

Taken from the album “Keys 2 Kazi”.

Taken from the West Coast wordsmith’s Landlord-produced album “Sell Me A Dream: Flowstalgia”.

Leaf Dog – “Dyslexic Disciple” (High Focus Records) – The Four Owls member went for delf on this thoroughly entertaining long-player, with the UK artist showcasing both his production skills and lyrical abilities over sixteen tracks, fuelled by a larger-than-life personality and an unshakeable love for the culture of Hip-Hop.

Gatecrasherz – “Uninvited” (Revorg Records) – This album from the UK super-crew consisting of Oliver Sudden, Big Toast, Jack Diggs, Gee Bag and Downstroke pulled together rowdy microphone bravado, sincere personal recollections and relatable social commentary. The end result achieved the goal of sounding like a genuine collaboration between like-minded individuals rather than a collection of unconnected verses from four solo artists stitched together simply for the sake of throwing an album out. 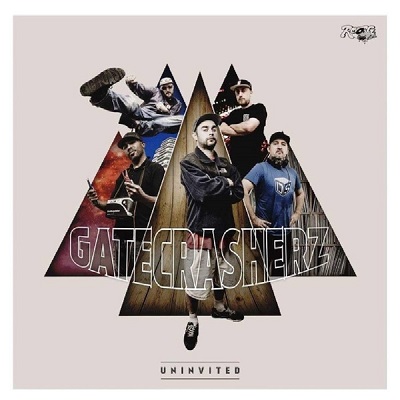 Must Volkoff – “Aquanaut” (Pang Productions) – Australian producer Must Volkoff showcased his passion for dusty drums and obscure, atmospheric samples on this lengthy album featuring Jehst, Nelson Dialect, Sonnyjim and more. With each cut sounding like it was painstakingly crafted thanks to Volkoff’s obvious attention to sonic detail, “Aquanaut” stood as an impeccable example of subterranean Hip-Hop.

Asun Eastwood – “Nimbus” (AsunEastwood.BandCamp) – 2017 saw this Toronto emcee leave his mark  on the rap game as one to watch, taking his place amongst the current crop of upcoming artists who’re ensuring lyricism remains alive and well, as evidenced by this debut EP which featured Eastwood dropping confident, street-orientated content over solid, full-bodied beats. 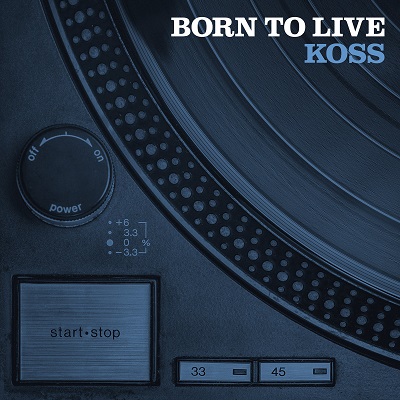 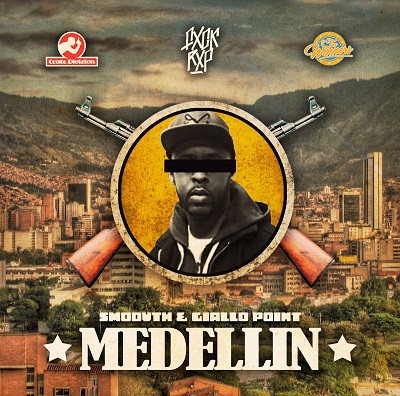 Juga-Naut & Micall Parknsun – “Six Bricks” (JugaNaut.BandCamp.Com) – Nottingham’s Juga-Naut is one of the nicest emcees currently gripping microphones. London’s Micall Parknsun is one of the dopest producers currently punching MPC pads. So any collaboration between the two was bound to impress and “Six Bricks” lived up to expectations. Grounded in a traditional boom-bap sound, but with a slightly futuristic flavour, this EP showcased two gifted individuals at the top of their game. 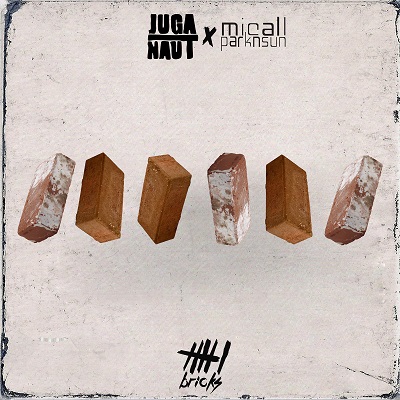 Spit Gemz – “The God Who Forgot Himself” (SpitGemz.BandCamp.Com) – NYC’s Spit Gemz solidified his reputation as one of the game’s illest wordsmiths as he devoured emcees like a rhyming Galactus throughout his latest project, with assistance from Chino XL, Big Twins, Apathy and more. 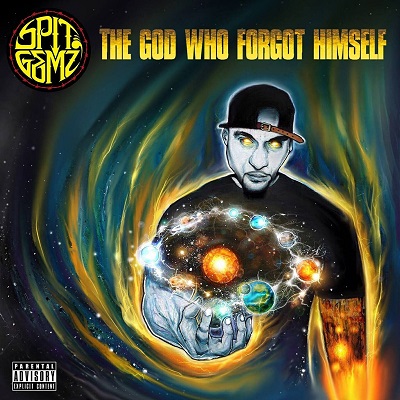 K. Sparks & Es-K – “Urban Couture” (KSparks.BandCamp.Com) – Backed by the sublimely soulful, jazz-influenced production of the talented Es-K, NYC’s K. Sparks waxed lyrical about the highs and lows of city life throughout this release, drawing on personal experiences and life observations to craft a project full of emotion and feeling. 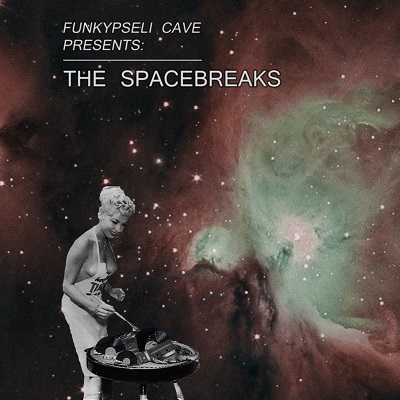 DrxQuinnx – “Richard Pryor” (DrxQuinnx.BandCamp.Com) – Chicago-based artist DrxQuinnx combined unique styles and entertaining individuality on his self-produced debut solo album, resulting in a memorable lo-fi listening experience which was as infectious as it was uncompromising.

Talib Kweli – “Radio Silence” (Javotti Media) – When he wasn’t busy during 2017 putting Twitter trolls in their place online, veteran BK emcee Kweli still managed to find time to hit the studio to record some worthwhile music. The latest Talib long-player featured the former Rawkus rhymer dropping his usual brand of intelligent, thoughtful wordplay over a diverse selection of production, as he attempted to illuminate and entertain in equal measures.

Haze & Grubby Pawz – “The Failures And The Glory” (CityYardMusic.BandCamp.Com) – Clearly an artist who takes the craft of lyricism seriously, Massachusetts mic fiend Haze appeared to approach this album as if he’d been told he may never have the chance to rhyme again, with each verse on this project packed with razor-sharp lines which demanded to be heard again and again in order to be fully appreciated. The minimalist, loop-based production of Grubby Pawz gave Haze’s microphone techniques plenty of room to breathe, whilst ensuring the head-nod appeal of this project remained high.

Meyhem Lauren & DJ Muggs – “Gems From The Equinox” (Soul Assassins Records) – How about some hardcore? Queens, NY’s Meyhem Lauren once again laced up his Timberlands and donned the flyest Polo attire he could find, before pairing his boisterous, street brawl rhyme style with the pounding production of Cypress Hill’s DJ Muggs. Raw to the core and sounding all the better for it. 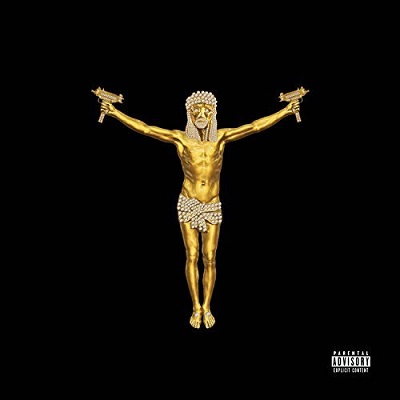 Heavy Links – “Step Up To Get Your Rep Up” (MujBeats.BandCamp.Com) – Having proven themselves to be one of the most consistent crews to have emerged from the UK scene in recent years, Lincolnshire’s Donnie Propa, El Tel The Dopeness and Habitat dropped their long-awaited debut album in 2017, a concise collection of true-school homegrown boom-bap flavour. 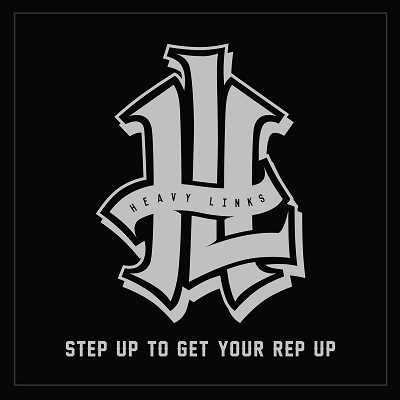 Taken from the EP “Composure”.