So here we are again. Another year has come to an end. Time to look back over the last twelve months and give my traditional round-up of the beats and rhymes I had in heavy rotation throughout 2017.

It’s never easy putting ‘best-of’ lists together. Regardless of how many releases are included, it’s impossible to compile something like this without always feeling like you’re having to leave something out. But this year has been particularly difficult, given the sheer amount of quality Hip-Hop that has been released over the past 365 days.

In addition to the albums and EPs that actually made it into this five-part overview, there was approximately a further fifty included on my initial short-list, but you have to draw the line somewhere.

So, whilst there will no doubt be projects not featured here that some will feel should have been mentioned, those that made the cut have been selected based purely on being one of the releases I listened to (and enjoyed) the most throughout 2017.

That being said, huge props to every emcee, producer and deejay out there making music that comes from a genuine place of creativity and artistic integrity – your efforts are appreciated by Hip-Hop heads across Planet Rock.

But now, like we always do about this time…. 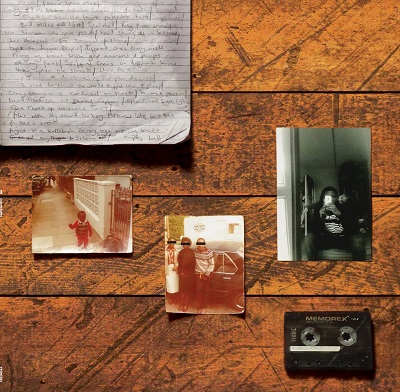 Trauma 74 – “The God Given Image” (Evil Twin Records) – The result of a life-long passion for Hip-Hop that began in the early-80s, this debut album from UK emcee Trauma 74 was clearly a labour of love. Grounded in true-school traditions and creative integrity, “The God Given Image” was packed with accomplished wordplay and soulful boom-bap beats, resulting in a project that any fellow Hip-Hop junkie could appreciate and relate to.

Strizzy Strauss – “The Art Of Summarising Life” (IAmStrizzyStrauss.BandCamp.Com) – The upcoming Leicester-based lyricist definitely made his mark on the homegrown scene in 2017 with this impressive EP, full of personal, heartfelt verses delivered with street-savvy sensitivity and a sharp social awareness. Honest, life-affirming and inspirational, “The Art Of…” showcased the voice of an artist clearly keen to inject his music with substance as well as style.

Milano Constantine – “The Way We Were” (Different Worlds Music Group) – A tribute to the New York of yesteryear, Diggin’ In The Crates affiliate Milano utilised the top-notch, drum-heavy production of DJ Skizz and Marco Polo to reminisce about old-school fashion trends, graffiti-covered subway trains and wild nights at the Latin Quarter throughout this release, drawing on both the youthful energy of 80s Hip-Hop and the volatile Rotten Apple environment of the time for inspiration.

Brother Ali – “All The Beauty In This Life” (Rhymesayers Entertainment) – Long-established as one of Hip-Hop’s most inspiring and warm-hearted artists, Minneapolis’s Brother Ali dropped a truly fitting Ant-produced soundtrack to today’s troubled times, drawing inspiration from both personal situations and global issues as he encouraged listeners to find meaning and purpose in their lives, despite the struggles and hardships we each face on a daily basis. 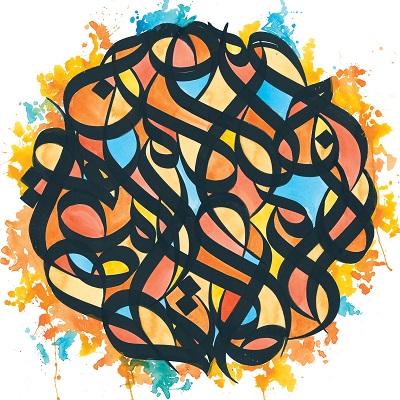 Funky DL – “Marauding At Midnight” (Washington Classics) – Multi-talented UK artist Funky DL paid tribute to the musical genius of A Tribe Called Quest with this inspired instrumental remake of the Queens crew’s classic 1993 album “Midnight Marauders”. Achieving the difficult balance of staying faithful to ATCQ’s jazzy, low-end aesthetic whilst allowing his own musical personality to shine through, DL proved himself to be both a student and master of the production game throughout this ambitious release. 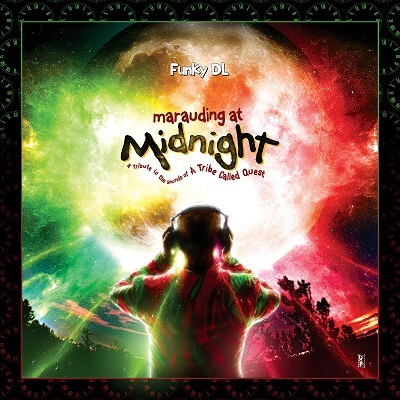 Saipher Soze – “Godbody” (SaipherSoze.BandCamp.Com) – Rough, rugged and raw flavour from the Toronto emcee packed with razor-sharp rhymes and quality beats, this Finn-produced album found Soze cementing his position as one of the most skilled microphone fiends to have emerged from the Canadian underground in recent times. 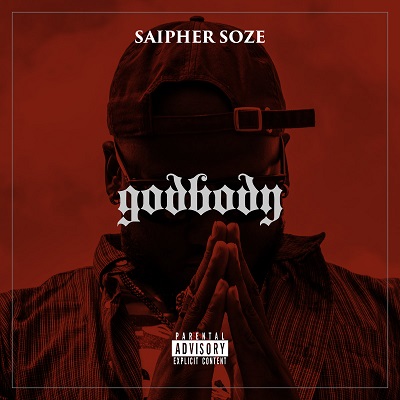 Dillon & Diamond – “Black Tie Affair” (FullPlate.BandCamp.Com) – Successful in their promise of crafting “sophisticated rap music”, Atlanta-based emcee Dillon and Diggin’ In The Crates giant Diamond D mixed the rough with the smooth on this five-track EP, resulting in a polished listening experience which still bore the musical marks of dusty fingerprints.

Sons Phonetic – “Deloreans” (SonsPhonetic.BandCamp.Com) – Atmospheric, captivating beats and rhymes from Ireland’s mighty Sons Phonetic crew, with “Deloreans” proving once again why the multi-faceted collective can lay claim to being one of the most consistent groups in the game.

The Almighty $amhill – “The Epilogue” (LowTechRecords.BandCamp.Com) – Bronx native $amhill delivered more of his unapologetically raw street-smart lyricism on this quality EP release, a potent dose of gritty NY flavour direct from the birthplace of Hip-Hop produced largely by the talented Preservation.

The Cornel West Theory – “The T.A.B.L.E. Too” (TheCornelWestTheory.BandCamp.Com) – Washington D.C.’s Cornel West Theory continued to go against the grain on their fifth album release, a collection of radio-unfriendly soundscapes and challenging, thought-provoking lyrics. 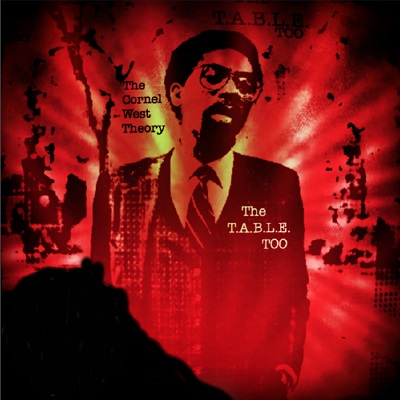 J Scienide – “The Actual Heat” (JSciende-OfficialCrateMusic.BandCamp.Com) – Washington D.C.-based artist J Scienide delivered his highly-anticipated album “The Actual Heat”, an accomplished collection of sample-based beats and intelligent, witty wordplay, with the likes of Grap Luva, Kev Brown and Nolan The Ninja making notable appearances on what was easily one of 2017’s best releases.

Da Buze Bruvaz – “Adebisi Hat” (Grilchy Party) – Run and DMC. Rae and Ghost. Billy Danze and Lil Fame. The key to a great rap duo is chemistry. Philly’s Him-Lo and Clever One can add themselves to that list. The Lo-Life-affiliated pair have dropped plenty of worthwhile material over the years, but this full-length effort upped the hardcore ante, with the true-school twosome verbally bullying top-drawer production with their trademark brand of boisterous, politically-incorrect punchlines. 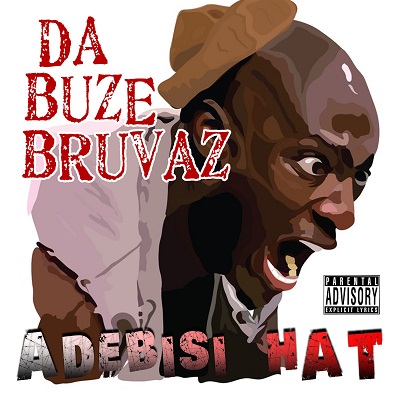 MC Eiht – “Which Way Iz West” (Blue Stamp Music / Year Round Records) – Approximately two years after West Coast legend MC Eiht announced his next album would be backed by DJ Premier, the project finally saw a release. Thankfully, “Which Way…” lived up to expectations. With Eiht solidifying his OG status throughout, this long-player deservedly found itself being heralded as a standout dose of Cali attitude. Compton’s still in the house. Geeah! 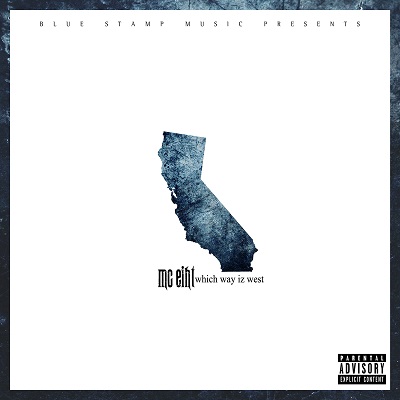 Children Of Zeus – “The Story So Far…” (First Word Records) – Manchester’s Konny Kon and Tyler Daley have been blessing a cult following with sonic gems for some time now, but 2017 was the year the talented pair’s unique brand of soulful, Hip-Hop-influenced music started to reach a wider audience and receive the acclaim it deserved. This compilation pulled together both previously-released tracks and new material from the UK duo, paving the way for the official Zeus debut album due for release in 2018.